If you like this blog, send it to your friends. Let’s keep the conversation going.

My topic this week is not directly related to health. But it concerns a subject very important to all of us who care about health: what to expect from the leaders of our health organizations.

Several things inspire me to write on this topic: my reputation as a leader in the health field, a message I received from someone who taught leadership development, requests I’ve received lately to get involved with various ALS organizations, and recent developments at the Susan G. Komen for the Cure Foundation.

The Privilege of Leading

Not all of us can lead. Not all of us want to lead. But those of us who have the capacity and the desire must also recognize that leading is privilege, not a right. 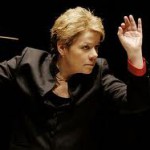 We are given this privilege when people are willing to follow us, and willing to entrust institutions or organizations they care about to our control.

Knowing When to Leave 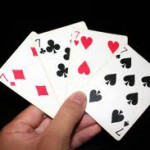 is ostensibly about a card game, but also about life, and it came to mind as I was thinking about leadership. I think there are lessons here.

As applied to the concept of leadership, the song indicates the importance of knowing when it’s time to step aside and let others lead. I thought long and hard about when it would be wise for me to step down from the leadership at Breast Cancer Action. I decided that I shouldn’t stay at the organization’s helm past the age of 60 because BCA’s style of activism requires young people, and younger people should lead.

Of course, ALS trumped my retirement plans, but I had announced my intention to retire before that happened.

My thoughts about stepping down from leadership at BCA were driven by my concerns for the organization’s future. Leaders think about who they lead — it’s to those people that they are responsible.

Leaving a leadership position doesn’t mean that leaders stop being leaders. Leaders are teachers: they show people ways of moving forward on issues of concern to them.

Because I was well known in breast cancer, there has been interest in my ALS experience that has led to several articles about me: one in USA Today and one recently in the San Francisco Chronicle. Each article prompted people from ALS organizations to contact me about getting involved with them.

I have been very cautious about saying yes. That’s partly because I have a disease that will increasingly limit my function. But it’s also partly because I have principles as a leader in health advocacy that I am not willing to compromise. I evaluate every opportunity through that lens. And, so far, I choose to be independent of any ALS organization; instead I say what I need to in my blog or in Facebook groups of ALS patients.

Having made these points, I turn to Nancy Brinker’s leadership at Komen.

Message to Nancy Brinker at Komen: Time for You to Go 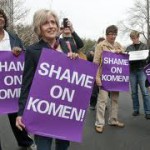 Picketers at Komen after the Planned Parenthood mess

fiasco. (See my blog about the controversy and a USA Today article about recent departures from the organization.).The first to go was Karen Handel, but it was clear then (as I pointed out in an earlier blog) that she was taking the fall for others who had at least as much responsibility. The recent departures reflect to some degree the depth of the problem at Komen.

At the Dallas headquarters, the Executive Vice President and Chief Marketing Officer, Katherine McGhee, the Vice President of Global Networks, Nancy Macgregor, and the Director of Affiliate Planning and Strategy, Joanna Newcomb have all departed or announced their intentions to do so.

In New York, the head of the Komen Affiliate announced her resignation. That affiliate also cancelled two major fundraising events because of the concern about the fundraising climate for the organization in this environment.

Most of these staffers have been with Komen for a long time.

In many places, donations or Race for the Cure participation is down. Way down. The Komen organization is in big trouble.

The message is clear, or should be, to Nancy Brinker, who has been the moving force behind Komen since its inception: people are no longer willing to follow you. Your leadership is at an end.

But Ms. Brinker doesn’t seem to be responsible to anyone at the organization. The small board of directors is hand-picked by her. The most recent move there is that the current chair is stepping down from the leadership of the board, and being replaced by someone close to Brinker. As a friend pointed out to me recently, leaders who are unaccountable to anyone are called dictators. For a hand-picked board to express its “complete confidence in Nancy Brinker” says more about the board and its lack of understanding of the harm done to Komen than it does about Brinker’s current leadership. 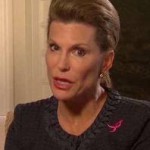 For the good of Komen, and for all of those who care about ending the breast cancer epidemic, Nancy Brinker should resign, and so should the Komen board of directors.

I’m sure Nancy Brinker can find other ways to contribute to breast cancer cause. If I can with ALS, surely she can with a disease to which she has devoted so much of her time and energy.

If you think Nancy Brinker should resign, tell her so. Her email address is NBrinker@komen.org.

This entry was posted in ALS, Breast Cancer and tagged Joanna Newcomb, Katherine McGhee, Komen, Nancy Macgregor, Race for teh Cure, Susan G.Komen for the Cure. Bookmark the permalink.

5 Responses to Thoughts on Leadership – Listen Up, Nancy Brinker