Approaching Gun Violence as a Public Health Problem: Who Gets to Have a Say?

I’m a public health activist. I am also a member of the ACLU, and committed to the 1st Amendment (and all the other Constitutional Amendments, including the 2nd).

This blog argues that some organizations should be excluded from participating in the policy debate and decisions about how to reduce gun violence, so my public health 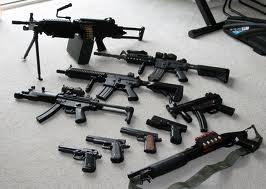 What do guns have to with protecting public health? Nothing

perspective and my civil liberties values come into conflict. Since I don’t think it’s possible, as a practical matter, to exclude organizations from the debate, I guess my argument is that, whatever they say, no one should listen.

I am not a gun owner. I have never fired a gun. I am not a member of the NRA or any other gun rights organization.

We have recently experienced  as a nation the worst non-military gun violence imaginable. The cry to “do something” about gun violence is louder and deeper than ever. Yet gun sales are going through the roof. Why?

President Obama and Jon Stewart have both explained it. Guns sales are skyrocketing because people are concerned that gun control laws that may be enacted in response to the 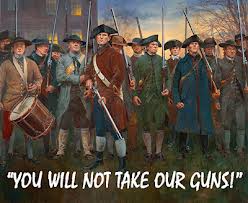 People who fear their guns will be taken liken themselves to people who fought the Revolutionary War. Really, the do.

latest outrage will mean the government takes all the guns away from private citizens. Nothing could be further from the truth, but the myth persists for two reasons that are connected.

The first reason is that there have always been people who fear government, and who see tyranny around every corner. For these folks, any talk of regulating any form weaponry confirms their concern about government run amok. As Jon Stewart said, these peoples’ fear of a dystopic future is a barrier to our addressing our dystopic present.

The second reason is that this irrational fear is fed by gun rights organizations like the National Rifle Association (NRA), who claim that the 2nd Amendment rights of gun owners will be trampled by any new law that attempts to regulate any aspect of gun or munitions sales. Can someone explain to me how a ban on military assault style weapons affects a hunter’s right to own hunting rifles or gun owner’s right to own a hand gun? Or how a restriction on sale of ammunition clips holding hundreds of rounds adversely affects any “good guy with a gun,” to use a phrase from the NRA?

The Current Gun Control Debate: A Few Words about some of the Players

The NRA claims to represent the interests of gun owners, but the organization’s true constituency is companies who make guns and rifles, and it’s objective is to make sure there are as many guns in circulation as possible.

Hence their proposed solution to the Newtown massacre is to arm teachers, school administrators and school guards. The NRA also threatened to sue the Tucson, AZ Police 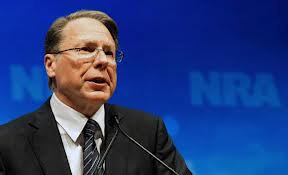 Department over a gun buy-back program (people were given certificates to purchase food at local supermarkets in exchange for turning in their firearms) if the Department insisted in melting down the weapons instead of re-selling them to willing buyers.

Right after President Obama announced his intentions about regulating some aspects of the firearms industry, NRA spokespeople said that the organization would not participate in these discussions. And they have been true to their word. They showed up at a meeting with Vice President Biden and claimed to be “disappointed” that gun control legislation was under discussion. Since Vice President Biden is leading the White House effort to find ways of controlling gun violence, the NRA’s disappointment was disingenuous at best. They could not have seriously believed that the White House would get on board with their notion of making schools into armed camps.

The violent video game makers are interested in making money: that’s why they advertise and sell the games. They spend considerable resources to ensure that Congress doesn’t limit their market, or require studies of the impact of these games on behavior, or impose 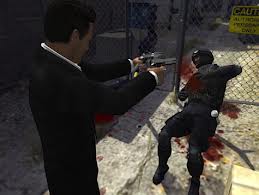 An actual image from a video game.

warning labels for the games. The industry asserts that there is no evidence that their games lead to violent behavior. In this case, the absence of evidence is not evidence of absence. The industry has succeeded in blocking the studies that might establish the harm these games do. It’s clever lobbying strategy. The NRA uses it too, to block federal funding to study the impact of gun violence on communities in the U.S.

How to Make Progress Against Gun Violence

If we are to have a prayer of advancing approaches that may, over time, reduce the gun violence in the U.S., groups like the NRA and makers of violent video games should not be listened to by anyone engaged in the debate. They are not interested in reducing gun violence. They are part of the culture that has created this horror.

2 Responses to Approaching Gun Violence as a Public Health Problem: Who Gets to Have a Say?