Don’t Be Surprised By the Undelivered Promise of Personalized Medicine 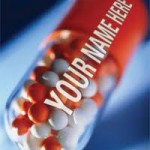 promise of personalized medicine. One was a cautionary tale. The other two suggested to me that even reporters — or their editors — just want to believe the hype without considering the reality.

The March 7 New York Times carried an op-ed written by Samuel Waksal, the founder and chief executive of a biotech company, entitled Pay Only for Drugs That Help You. The piece argues, not surprisingly, that people and insurance

Samuel Waksal. Is he about to put a foot in his mouth?

companies should be willing to pay a lot for drugs that work. (This is the “social value of medicine” idea about which I have ranted in a previous blog ) Waksal makes the excellent point that, to give drugs to people for whom they will work and not to people for whom they won’t, we need to be able to distinguish the two groups. He goes on to argue that people and insurance companies should pay if the drug works, but not if it doesn’t. And he says that genetic tests should be used to predict whether a drug will work for a particular person, and that this approach will give incentives to drug companies to innovate instead of making more “me too” drugs.

“Me too” drugs are an enormous problem. They provide a most a miniscule additional

benefit for patients, and are developed at enormous expense. The drug companies make out like bandits. Patients get, as we say in Yiddish, bupkis.

There are, however, several problems with Mr. Waksal’s theories. As he notes, genetic markers are not always an accurate predictor of whether a drug will work or not (more on this below). Waksal tries to mitigate this problem by suggesting that the FDA could set up criteria for whether a drug is working or not in a particular patient. Among those criteria, he argues, could be anything from tumor shrinkage to overall survival. (On the irrelevance of tumor shrinkage to patients lives, see my blog.)

And Waksal’s argument that drug companies would agree to this approach when they make so much money now selling drugs to whole groups of people for whom they don’t work is some kind of fantasy. Shareholders do best when a company sells a lot of its products, whether people need them or not. This is capitalism, Mr. Waksal.

Moving beyond the op-ed page to the business page, on March 8 the New York Times printed a news article entitled Cost of Gene Sequencing Falls, Raising Hope for Medical Advances. The story is about the use of the power of computers to reduce the cost of 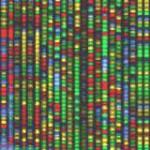 A gene sequence. Pretty no?

sequencing the human genome. The article’s introductory paragraphs contains the following sentence: “The promise is that low-cost gene sequencing will lead to a new era of personalized medicine, yielding new approaches for treating cancers and other serious diseases.”

This story, like the Waksal op-ed, is based on a premise about the coming holy grail of medicine: treatments targeted to person so they get only treatments that work for them. This is the promise of personalized medicine. Though it has been largely a pipe-dream, you wouldn’t know that from reading these articles. So keep reading.

Personalized Medicine Hits a Bump — Or is It a Land Mine?

In a story not covered by the “everything that’s fit to print” New York Times, the New England Journal of Medicine published a study on March 7 that belies the promise of personalized medicine based on genetic profiles. It turns out that a single tumor can have

A Gene profile. Also sort of pretty. Often less useful than they appear.

The Wall Street Journal article about this study called this a “bump” for personalized medicine. I would suggest it’s more than that. Every time we think we are coming to understand how cancer behaves, cancer tells us otherwise. As the New England Journal study tells us, genetic arrays will never get us to that understanding, because the genetics of cancer don’t follow a straight line. The folly was in ever thinking that they did.

How About Another Approach?

Rather than putting are all our eggs in the largely empty basket of the promise of personalized medicine brought to us by understanding genes, let’s put substantial 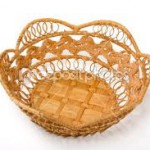 resources into understanding what in the environment makes our genes go haywire in the first place. However difficult it may be to do this, an investment in this kind of research could hardly deliver less return than research promising the ever-elusive “cure” for cancer.