If you like this blog, send it to 3 friends. Let’s keep the conversation going.

ALS is in the news again. This time there’s a lot of hoopla about a trial involving stem cells.

Before we all get too excited, let’s look at the facts here. And, while you’re at it, you might 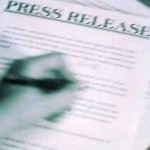 want to take another gander at a blog post I wrote back in August called Science By Press Release — Not Good News for Patients.

Here’s the current story. On March 28, 2012, ALS Facebook pages were all a-flutter about a report that a company called Neuralstem had published interim results from its trial injecting stem cells into ALS

patients. The word “breakthrough” appeared in several of these posts.

The link provided for the information was not to the journal Stem Cells, in which the study was published, but a press release on a business website called Market Watch. On that site, the first 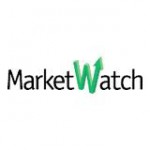 information you get is the name of the company, how it’s listed on the stock exchange, and the current status of the share price. This is business folks, big business.

Nonetheless, the press release was pretty complete in terms of information about the trial. Let’s take a look.

The Trial in Question

First, this is a Phase I trial. Its purpose — its sole purpose — is to determine whether using stem cells in ALS patients is safe. The trial can’t tell us anything about whether doing so is 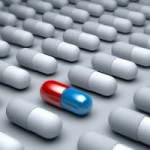 effective in any way in treating ALS.

As with all Phase I trials, this trial was tiny: 12 patients were enrolled.

These patients were followed for between 6 and 18 months after the injection of stem cells.

These are reported as interim results, meaning that the patients will be followed longer to see whether concerns about safety emerge. Safety issues with new approaches to treatments are rarely completely evident in the first trial, and certainly not when the trial has not been completed. 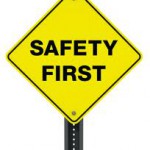 All of which is to say that nobody got hurt. At least so far, injecting stem cells into the spines of ALS patients appears to be safe.

So why all the excitement? It seems that one of the 12 patients showed improvement in clinical status after receiving stem cells. Though the press release is clear that the trial was not designed to show clinical improvement, this single case seems to have a lot of people excited. The improvement could be totally unrelated to the stem cells, but no one seems to be considering that possibility.

The other reason for the excitement may be that, based on these results, the FDA has approved an expansion of the trial to 18 patients (a 50% increase in the number of patients, but still a tiny number) and to test the insertion of stem cells in the cervical spine. As far as I can tell, this is still a Phase I safety trial.

Call Me When It Works

Before a drug is judged effective and can be approved for prescription, it must not successfully complete a Phase I safety trial, but also a Phase II treatment protocol trial and a Phase III benefit v. risk trial. While Phase I success is encouraging, it doesn’t predict the outcome at Phase II and III. Many drugs and procedures never get passed Phase I.

I know that ALS patients need hope. But the excitement about the Neuralstem trial is 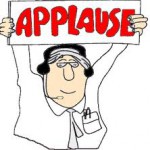 evidence of grasping at straws. Let’s get some efficacy data — do the stem cells improve patient outcomes? If the answer to that is yes, I’ll be as excited as anyone, and applauding loudly.