Telling the FDA What I Think About ALS Drug Trials

As readers of this  blog know, I have taken issue with a number of things related to how ALS drug trials are run. Some people at the Food and Drug Administration (FDA) read my blog and the comments to them. In response, the Agency has set up a public hearing for February 25 in the Washington, D.C. area to consider  comments on the FDA’s “Regulation of Clinical  Trials  of Drugs for the Treatment and/or Management of ALS.”

Since traveling to hearing was out of the question for me, I submitted a written statement for the FDA’s consideration. Below is the statement I submitted, but without the pictures. 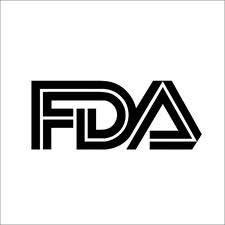 The agency wants to hear from you.

If you have things to say to the FDA on this topic, you have until March 25, 2013 to submit a written statement. Go to /www.regulations.gov, search for the name of the hearing, click on that name when you locate it, and you will see how to submit a comment.

As someone living with ALS and a health activist, I very much appreciate the opportunity to submit my thoughts about improving ALS clinical trials. I have commented many times on this topic at my blog, Healthy Barbs, at www.barbarabrenner.net.

For a disease that is so devastating and that has seen so few advances in treatment, it is time to consider patient needs in the design of clinical trials to a degree that has not been demonstrated to date. I think this can and should be done in five areas:

— Release of data from negative trials

It is my understanding that all ALS drug trials limit participation to patients are less than 2 years from diagnosis to. Given that most ALS patients live longer than 2 years, this eligibility requirement excludes many people from participating in trials. People with more advanced ALS also want to participate in trials, and may benefit from any drug found to work for people with less advanced disease. Drug trial sponsors should not be permitted to limit trial access to patients within 2 years of diagnosis.

Subset Analyses Should Be Required

In the EMPOWER trial of dexpramipexole, several patients, including me, wanted to get a diaphragm pacer while in the trial. The pacer was not excluded when the trial started. The exclusion was added in a later consent form — I believe it was the fourth one. The trial was near it’s end, so that there was sufficient data from participants who had joined the trial early on. The trial required at least 12 months of participation; I had been enrolled at the point for 15 month. I requested that the sponsor either abandon the pacer exclusion or commit to subset analysis that would permit me and those like me to stay in the trial without sacrificing of the possible life-extending benefits of the pacer. I was rebuffed at every turn.

I did learn later that subset analysis was done on the dex data.

Given the range of health challenges that ALS patients face, clinical trials that test only  one drug or device leave participants with terrible choices. If sponsors of large Phase III trials were required to subject their data to subset analyses that include patients on a second drug or with a device that might improve quality or length of life, the patients will have more incentives to participate in trials and sponsors would recruit trial participants faster.

In light of the constraints on ALS clinical trials and the absence of treatment options, it is imperative for patients that each Phase III trial have an expanded access component whereby patients, with their doctor’s support, could have access to the drug despite their ineligibility to participate in the trial. There are many ways to structure such programs. It’s the concept that has to be a commitment required of sponsors.

Release of Data from Negative Trials

The field of ALS drug research is littered with the detritus of negative trials. Negative trials can also be informative, but  only when the data from the negative trials are publicly released. The FDA should require sponsors to release to the public the  data gathered in negative trials, with appropriate safeguards for patients privacy.

In large trials, sponsors should be required to appoint independent ombudsman to address 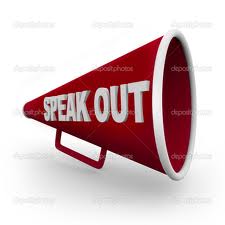 Let your voice be heard.

the concern of trial participants. The CEO of the sponsor is hardly a position to address those concerns, having the shareholders interest as his/her primary concern.

I hope the FDA will take these concerns and suggestions seriously.