Stephen Hawking is famous. He should be. He’s a very influential theoretical astrophysicist. 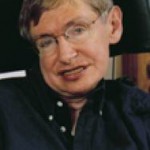 And he’s achieved that fame and influence despite being diagnosed many years ago with ALS.

Hawking’s Voice, Brought to You By Intel

Dr. Hawking can’t talk in his own voice. For the most part, neither can I. Dr. Hawking can’t type either because he’s hands don’t work. So in recent times, he has spoken through a device that translates a signal from a muscle in his cheek into letters, and then words, and then sentences and paragraphs. It’s a wonder of technology, and it’s a good thing.

As is the case with a relentlessly progressive neurological disease like ALS, Dr. Hawking’s cheek muscle is becoming non-functional. But, fortunately for Dr. Hawking, he has a team from the technology giant Intel working to find a new mode of communication for him.

There are thousands of people with ALS who have things they want and need to communicate, but they’re not Stephen Hawking. So Intel isn’t knocking at their doors to offer help. Of course, what Intel develops for Hawking might someday become a technology that will help others — assuming others can afford the cost. But that’s a future that, unfortunately, a lot of ALS patients will not live to see.

Not Everyone Needs Intel, They Just Need Apple

But there are needs that some ALS patients have now that are easy to solve. They don’t require new technology. They just require a little generosity. Which, it seems, is not so easy to come by if the company you need something from is called Apple.

Here’s the thing. There are dedicated devices that convert text to speech for people who 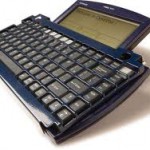 have lost the ability to speak. They are somewhat heavy, expensive, and cumbersome to use, especially if you are a person who has done any typing or word processing n your life.

The iPad (even the iPad 1) — made by Apple, in case you missed that news — is lighter, less expensive, and has apps that convert typed text to speech at the touch of an icon. I’ve been using an iPad since my voice started to deteriorate. Since I can still type, I don’t need to speak the way Stephen Hawking does.

The iPad2 costs about $500 for the basic model, which is a lot, but way cheaper than a 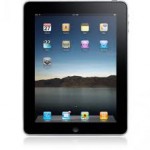 dedicated text-to-voice machine. (I have the iPad1 and it works just fine.) A blue-tooth keyboard so you don’t have to type on the screen is another $100. There are at least two free apps — from Neo-Speech and Speak It! — that allow you to type

whatever you want to say, and have the iPad say it for you in a voice that at least is recognizable as human voice. They both have female and male voices that can be downloaded. The text you type can be saved to be used again, and the voice can be easily amplified (with a plug-in amplifier that costs about $100)..

And, of course, the iPad has other features — email, web access, text — that make it an easy way for people with ALS whose mobility is severely limited to stay connected to the world.

Can Apple Be Generous? Let’s Ask Them

Though the iPad is cheaper than dedicated speech devices, its price is out of the range of a lot of people. So I inquired of my speech therapist about getting Apple to donate iPads for use by people with ALS. I was told it had been tried repeatedly, but never successfully. Seems Apple doesn’t give away its products, despite the profits they amass.

I am helping the Golden West Chapter of ALS Association try to get funds to buy iPads. But there’s an easier way. Apple could donate them. It should. 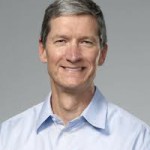 Tim Cook is Apple’s CEO. According to press reports, he answers e-mails from the public. E-mail him at tcook@apple.com and tell him that you think Apple should donate iPads for use by ALS patients. Let see what he says.