On April 4, 2012 there was a lot of excitement in the press about the fact that nine different boards of medical specialists are now recommending that doctors do fewer tests on patients. The specialties include family practitioners, cardiologists, radiologists and

cancer specialists. Though recommendations to do less testing have been made before and intensely resisted — note the U.S. Preventive Services Task Force  recommendation in 2009 to do less mammography screening — for some reason, the fact that medical specialists are making the suggestion now stimulates hope that change will happen. I’m not so sure. Here’s why.

The Culture of Health Care in the U.S.

You may have noticed that, in this country, we seem to approach health care like other commodities: I need or want it and I’m going to get it. There’s a reason we’re referred to as health care “consumers.” (Some years ago, Fran Visco of the National Breast Cancer Coalition labeled women with breast cancer as “breast cancer consumers.” Don’t try to dissect the phrase; you won’t like what you find.) People who 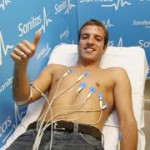 have resources, who are driving the high cost of medical care, see health care as a thing they’re entitled to have, no matter what it costs or whether it has more benefits than risks. And “health care” has come to include all of the tests, drugs, and procedures that might be available to address a medical issue.

This culture has been helped considerably by the internet, where patients can find information on all sorts of medical care

On of many on line medical information sites.

that might or might not work. And the culture has become so ingrained that doctors now fear medical malpractice lawsuits when they decline to order a test or a drug that a patient wants.

Will doctors refuse to prescribe a drug or a test that a patient is demanding just because their specialty group has said, “don’t do it?” I doubt it, because the consequences of not prescribing the thing are much more concrete than what might happen to the doctor if  s/he ignores the specialty group’s recommendation. If you were a doctor, would you fear more the patient’s complaint (and even law suit) or the knowledge that you are going against you medical specialty’s recommendation, possibly justifying your behavior on the grounds of precaution?

The Role of Patient Advocacy Groups

The cultural drivers toward more and more care are supported by many health advocacy groups focused on specific diseases. From the breast cancer organizations that urge frequent mammograms, to the prostate cancer groups that insist that a PSA test will save 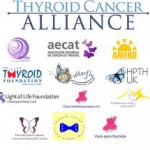 your life, to the lung cancer groups urging screening with spiral CT scans, to the osteoporosis organizations urging annual bone density tests and pills to address risk rather than disease, the push for more interventions is unrelenting.

Often, these groups receive funding from the drug companies or device manufacturers that sell the things (medication, devices, testing equipment, lab facilities) required for the interventions the groups promote. In other settings, this would be a conflict of interest.

Don’t think for a moment that groups whose existence is premised on a belief in a medical test will go quietly away if doctors try to do less of the test. The outcry every time there is a call for less mammography or less PSA testing is a testament to the power of these organizations to mobilize people to protect their turf.

Another driver of the health care consumer culture in this country is the companies that make drugs and medical devices. You are well aware that they are in the business of making money. One of the ways they do that is by getting consumers to demand things of 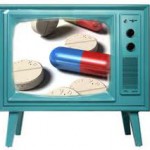 Your t.v. doesn't look like this, but the ads do

their doctors. They do this by advertising their products to consumers. Direct-to-consumer advertising of drugs, which has been happening in the way it is now in the U.S. since the 1970’s, has helped drive demand for and consumption of medical care off the charts.

One of the reasons patients demand so much of their doctors is because the drug companies tell them to. You know: the ads that end with, “Ask your doctor.”

If you want to change the culture of health care, think about asking different questions like:

— Is my Congressional representative committed to ending direct-to-consumer                drug advertising?

The doctors alone can’t change the culture. We all have to do it.

P.S. Speaking of culture change, don’t miss Pink Ribbons, Inc., the film that is changing the 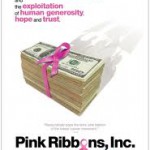 culture of breast cancer, when it comes to a theater near you.