Maybe you were wondering what I would have to say about the Chick-fil-A. It’s a good story, but not the subject of this blog. 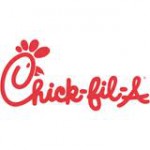 Sorry, not writing about this.

Besides, since that story broke, the Susan G. Komen for the Cure Foundation has been in the news twice. The first time was a story about the dangers and misleading nature of Komen’s messages about screening mammography. The second time was a story about leadership changes at the Foundation. I want to comment briefly on the first story, and more extensively about the second, though they may well be related.

One More Time With Feeling:  Komen Sends the Wrong Messages on Mammography Screening

If you’ve seen Pink Ribbons, Inc., or you are a member of Breast Cancer Action, you will not be surprised to read here that Komen oversells mammography, to the detriment of women’s health. I’ve said it for years, but I’m not the only one saying it. Most recently, in an article in the British Medical Journal, two health professors pointed out in detail how Komen distorts statistics to encourage women to get mammograms, ignoring the realities 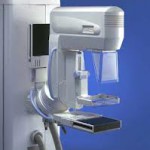 Not as a good a technology as Komen says it is

of what screening mammograms can and cannot do. In an article entitled “How A Charity Oversells Mammography,” the professors analyze a prominent Komen ad that reads “What’s the key to surviving breast cancer? You — get screened.” It’s a short article, but available on line only to British Medical Journal subscribers. If you search the internet the title of the article, you’ll find quite a few stories discussing it.

What’s remarkable is not the conclusion that Komen distorts statistics to overstate the benefits of mammography screening, while ignoring the risks. Like I said, I’ve been reading or saying things like it for many years. But Komen’s response is simply astonishing. Chandini Portteus, is Komen’s VP of research, evaluation and scientific programs (who, unlike many other VP’s has not resigned or been forced out over the Planned Parenthood mess). Ms. Portteus actually said the

following to a t.v. reporter covering the story: “We have long advocated for women to be informed about the benefits and risks of early detection . . .”

I challenge anyone at Komen or anywhere else to point to anything that Komen has ever said, let alone promoted, that talks about risks from mammography screening. (I will send this blog to Ms. Portteus. Maybe she’ll be able to meet the challenge, but I doubt it.)

The public needs to have balanced information about screening so we can make informed choices about our care. What will it take to make sure they have it? It’s clear that an occasional news story won’t get us there, because there have been many stories over the years that haven’t done the trick. Komen won’t change its message (see below). So maybe it’s time for Komen to go out of business (following the lead of the  strangely named Y ME Breast Cancer Organization which recently did). On mammography (and several other things), Komen is doing more harm than good.

A PR Stunt Masquerading As A Leadership Change

My email was about to explode recently when the news hit of leadership changes announced by Komen. The President, Liz Thompson will soon be gone, and Nancy Brinker will step down as CEO as soon as they fill current leadership vacancies for President, Chief Executive Officer, and Chief Operating Officer. The Foundation’s statement announcing these changes neglects to mention the recent departures of the VP of Communications VP, VP for Policy, Executive VP and Chief Marketing Officer, VP of Global Networks, and Director of Affiliate Planning and Strategy. 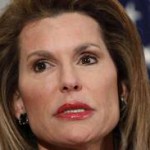 clear indication that she will be deciding who fills these positions. And, when she does step out of the CEO job, Brinker will continue on the Board and as chair of its Executive Committee. Her new role, as yet untitled, will be a “management” role focused on global growth, fundraising, and overall strategy. New title; same control.

For the story on what Nancy Brinker really wants and how she is the Komen Foundation to get it, see this story in New York Magazine

I sure wouldn’t want to be the CEO if someone else in the organization has that portfolio. And, as a breast cancer activist, I am horrified at the prospect of Brinker spreading Komen’s misleading messages (mammography screening is the tip of the ice berg) all over the world.

Nancy Brinker has done this before. Several years ago, she took a “step back” when she was given the Ambassadorship to Hungary in exchange for her fundraising for George W. Bush. She hired Hala Moddelmog to be CEO of Komen. But Brinker was still in charge, which she proved by firing  Moddelmog and returning to the CEO position herself when her Ambassadorship ended.

How About Some Real Change at Komen

What we seem to have here is founder syndrome run amok: a founder who did great work getting the organization going and growing, but cannot imagine how the organization could survive without her. So she surrounds herself with people who feed that myth, and ignores the reality that it’s time for new leadership. On the subject of leadership, see my previous post entitled Thoughts on Leadership.

Komen is always delighted to tell us how many billions of (your) dollars it has invested in breast cancer research. It would be nice to hear about the return on that massive investment, but, in the meantime, maybe Komen should spend some of that money on a 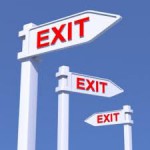 consultant to help Nancy Brinker figure out her exit strategy. Someone has to do it. It sure won’t be her hand-picked board chair.

When is change not change: when it involves Nancy Brinker and the Komen Foundation. If you agree, tell Nancy Brinker so. Her email address is NBrinker@Komen.org

If you would like to join others calling on Brinker to step down — really down — from Komen now, you can do so at here.