Sitting Down to Call Out Stand Up To Cancer (SU2C)

I’m a baseball fan. And a San Francisco Giants fan. I watched a lot of baseball in the 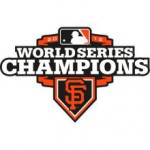 post-season. (If you’re wondering, Giants won the World Series, sweeping the Detroit Tigers in 4 straight games. But that’s not really the subject of this blog.) During many of those games, viewers were pummeled with ads for Stand Up to Cancer (SU2C), an effort to raise money for cancer research. One night during the game, MasterCard presented a check to SU2C for $4 million, and many fans and even the game’s announcers held up SU2C signs showing names of people with cancer on them. Mine might have been the only dry eyes in the country when the presentation was over. Here’s why.

The Origin of SU2C

historical annals, replaced by the “official” version. Here’s what I heard at the time. Seems someone high up in the television business had a wife with cancer. He wondered to himself why there wasn’t a big effort to connect highly-watched TV to the cancer cause. He knew, if I remember correctly, the baseball commissioner, who agreed that the TV guy was onto something. Baseball endorsed the effort. And, since the TV guy had access to a lot of TV stars, SU2C was born.

The effort is a charitable program of the Entertainment Industry Foundation (EIF),

An industry it certainly is.

established by media, entertainment and philanthropic leaders who have been affected by cancer. The EIF describes itself as Hollywood’s leading charity. They describe their mission as “to fund ground breaking cancer research through innovation and collaboration, and to accelerate translational research to new target treatments to patients sooner.” Founded May, 2008, SU2C has so far has raised 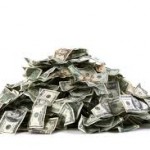 SU2C is so bold as to say of itself: This is where the end of cancer begins.

Where the Money Goes

Of course, EIF isn’t qualified to do cancer research, let alone innovative and collaborative research that will translate quickly in new targeted treatments of patients. So they subbed that task out. To whom, you might wonder, since nothing in the publicity about SU2C tells you.

The organization that gets these gobs of money is called AACR — American Association for Cancer Research. Unless you’re in the cancer field, you’ve probably never heard of them because, until now, they didn’t do any glitzy public campaigns. 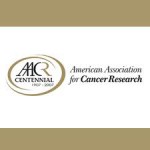 Promising cures for over a century. What’s to brag about?

AACR was founded in 1907. (That’s the beginning of the last century. You would be perfectly justified in wondering what is taking so long.) Its mission is “to prevent and cure cancer through research, education, communication and collaboration.”

They describe what they do with the SU2C funds as giving “cutting edge” grants to “great scientists” doing “innovative high-risk hi-reward research.”

Of course, most cancer research organizations (and there are tons of them) make the very same claims that AACR and EIF do about the kind of research they fund. They will cure cancer. Where have we heard that before?  The proof should be in the outcomes of the research. What new discoveries have been made by AACR/EIF-funded scientists that are benefiting patients today with targeted therapies?  Answer: None, zero, zip.

As for MasterCard, why do you think they spent $10 million to advertise their $4 million

donation to SU2C? Cynical me thinks they were mostly in for the corporate good will.

Stand Up to Cancer is a highly successful effort to pull at people’s heartstrings and purse strings to get them to contribute to “life saving” cancer research. If you rearrange the letters, you can think of it as a campaign 2 SUC(K) off of peoples’ fear of cancer.

With billions being spent on cancer research, it’s time to re-think how we do cancer research. If money could solve the cancer the problem, it should be solved already. But it can’t, and it hasn’t been. It’s way past time for a new  approach.