Adventures with a Feeding Tube Replacement: A Not So Funny Story, a Cautionary Tale, and A Call To Action

I have had a feeding tube since January 2012 because, thanks to ALS, I can not swallow food or liquids.  I have been nourishing myself since I got the tube. The tube is called a 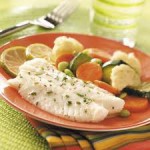 PEG tube. I have a hole in my stomach to accommodate it.

On Saturday, December 8, 2012 my tube became clogged. I couldn’t get anything through it. With the help of our hospice

team, I ended up in the emergency room, where a knowledgeable and very kind doctor determined that he couldn’t replace the tube, but he could unclog it. He advised that I promptly contact the doctor who had put in the tube I had to find out about getting it replaced.

On Tuesday, December 11 (2 days after the ACLU awards ceremony  (the speech I gave at that event is the last blog I posted before this one), I was at the hospital to have my tube replaced by the same gastrointestinal surgeon who placed the original tube. Unlike the original tube, the replacement did not require me to be under general (or any) 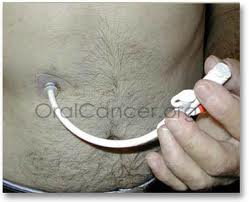 The replacement tube can easily be put in (or removed) by pushing it (or pulling it) through the hole in my stomach. It has a balloon that holds it in place in the stomach.

That’s the good news. Also, the replacement tube was not clogged. Also good news. The rest of the news about this tube is not good.

A Little Background About Nourishing with a PEG Tube

The nourishment process involves several steps. All of them involve putting the tip of a fluid-filled bolus [think of a cartoon-sized syringe] into the opening of the tube that’s called 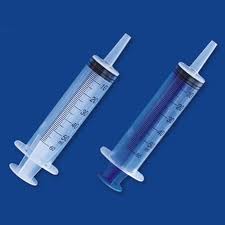 Boluses: not recommended for heroin administration

a port. These are the steps:

1) Close the clamp on the tube so that stuff does not come out when the port is opened to insert the tip of the bolus.

2) The bolus is filled with water that will be flushed through the tube. The port is  opened, and the tip of the bolus is inserted. The  clamp is opened so the liquid  can pass through. When the bolus is empty,  the clamp is closed before the bolus  tip is removed.

3) The bolus is filled with liquid nourishment that will be pushed slowly through the tube. This is repeated until multiple times until the amount of nourishment for the meal is consumed. The clamp is closed and opened and closed again with each bolus.

4) The bolus is filled two more times with water that is flushed throughout the tube. The clamp is closed and opened and closed again with each bolus.

Medications are also dissolved in water and put through tube, with a water flush preceding and following the meds.

The replacement tube came with no clamp!  As you can see from the description above, this lack of a clamp is a big problem. If there is no clamp, there is no way to keep liquid from coming out through the port when the bolus is removed and before the port can be closed.

There’s a second problem: the port for receiving the bolus is very shallow, so the bolus can and does slip out, spilling liquid. The first time we used the new tube, I needed a shower afterwards.

With the help of the surgeon’s nurse and our hospice nurse, we obtained a surgical clamp to solve the clamp problem, but this requires two people when the tube is in use: one to hold the bolus securely in the port, and another to open and close the clamp.

If this is defining tomorrow today, I’ll stick with today.

with the replacement tube.

I closed my email with the following paragraph:

The Boston Scientific rep passed my email on to the person at the company responsible for managing this product. He agreed that the company should not be making products that make my day-to-day life (or presumably anyone’s day-to-day life) more difficult. In a telephone conversation with my partner Susie, he told her that he regretted that no one at the company thought of these issues. He also said there was not quick fix, since any changes to the design would have to approved by the FDA.

In the meantime, our contact at the California Home Medical Equipment, which supplies my nourishment and necessary accoutrements, began to pursue solutions. He found a 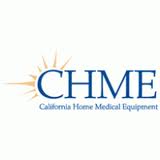 clamp that could be added to after the tube was in place, and an extension tube with a much deeper port. The only remaining challenge at the moment that is keeping me from being able to nourish myself is that my weakened hands can not close the new clamp. So, for that, I need help.

Of course, at some point, I won’t be able to nourish myself as the ALS progresses. But the tools needed by ALS patients and others with disabilities should be designed to allow them to function independently as long as possible. This feeding tube by Boston Scientific does the opposite.

In looking on line for other replacement PEG tubes that are balloon anchored (and therefore can be inserted without general anesthetic), I found several others, none of which come with a clamp. I could not tell the depth of the ports on those tubes from the information I found on line.

I am frankly appalled that companies and the FDA seem to think that these types of replacement PEG tubes are appropriate. It seems to me that there were never tested on patients or with caregivers who might know what the practical issues are. After all, I can’t possibly be the first person with PEG tube to have this problem. Why was this design approved in the first place?

A Call to Action

If you agree, send an email to the FDA Center for Devices at dsmica@fda.hhs.gov. Demand that the FDA consider patient needs in the device approval process.

9 Responses to Adventures with a Feeding Tube Replacement: A Not So Funny Story, a Cautionary Tale, and A Call To Action