So much has happened with the Komen/Planned Parenthood debacle that it’s hard for me to let go of the topic. It seems the only thing that could get Komen out of the headlines was 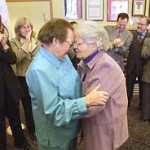 Gay marriage is good for Komen. Who knew?

the Prop 8 decision declaring the ban on gay marriage in California unconstitutional. If I didn’t know better, I would think that Komen would endorse gay marriage out of gratitude.

Regular readers of this blog may have noticed by now that my letter to the editor of the New York Times was not published. The Times seems intent on seeing the Planned Parenthood debacle as one-time slip into partisanship by the Komen Foundation. In an article published on February 8 about Karen Handel’s resignation, the Times writes: “Until the controversy [surrounding Planned Parenthood], Komen had been seen as nonpartisan organization . . . ” I guess you see what you want to see.

Rather than quote extensively from some of the fabulous commentaries on the issue, I provide links below to some of what I see as the most revealing or cogent analyses.

As a frame to these links, I think it’s useful to examine in detail Karen Handel’s letter of resignation from Komen. You may remember that Ms. Handel was for a brief time the VP in charge of Public Policy for Komen. She is also someone who had publicly stated, as a candidate for Governor of Georgia, that she thought Planned Parenthood should not receive government funding. Here’s her letter:

Susan G. Komen for the Cure has been the recognized leader for more than 30 years in the fight against breast cancer here in the US—and increasingly around the world.

As you know, I have always kept Komen’s mission and the women we serve as my highest priority—as they have been for the entire organization, the Komen Affiliates, our many supporters and donors, and the entire community of breast cancer survivors. I have carried out my responsibilities faithfully and in line with the Board’s objectives and the direction provided by you and Liz.

We can all agree that this is a challenging and deeply unsettling situation for all involved in the fight against breast cancer. However, Komen’s decision to change its granting 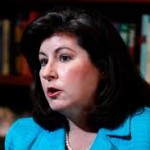 Karen Handel: Who Me Political?

strategy and exit the controversy surrounding Planned Parenthood and its grants was fully vetted by every appropriate level within the organization. At the November Board meeting, the Board received a detailed review of the new model and related criteria. As you will recall, the Board specifically discussed various issues, including the need to protect our mission by ensuring we were not distracted or negatively affected by any other organization’s real or perceived challenges. No objections were made to moving forward.

I am deeply disappointed by the gross mischaracterizations of the strategy, its rationale, and my involvement in it. I openly acknowledge my role in the matter and continue to believe our decision was the best one for Komen’s future and the women we serve. However, the decision to update our granting model was made before I joined Komen, and the controversy related to Planned Parenthood has long been a concern to the organization. Neither the decision nor the changes themselves were based on anyone’s political beliefs or ideology. Rather, both were based on Komen’s mission and how to better serve women, as well as a realization of the need to distance Komen from controversy. I believe that Komen, like any other nonprofit organization, has the right and the responsibility to set criteria and highest standards for how and to whom it grants.

What was a thoughtful and thoroughly reviewed decision—one that would have indeed enabled Komen to deliver even greater community impact—has unfortunately been turned into something about politics. This is entirely untrue. This development should sadden us all greatly.

Just as Komen’s best interests and the fight against breast cancer have always been foremost in every aspect of my work, so too are these my priorities in coming to the decision to resign effective immediately. While I appreciate your raising a possible severance package, I respectfully decline. It is my most sincere hope that Komen is allowed to now refocus its attention and energies on its mission.

It’s interesting to note that this letter was sent to Nancy Brinker, founder of Komen and Chair of the Board. (As for the “Ambassador” appellation, that is explained one of my recent blogson this topic.) But Ms. Handel was an employee of the organization, which is 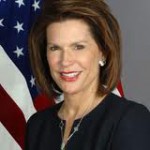 I looked for a picture of the Komen board of directors, but Brinker's photo is all I could find

run by the CEO, Liz Thompson. The fact that the letter was sent to Ms. Brinker is one more indication, if one were needed, that Nancy Brinker is the person who makes the key decisions at the Foundation. I do wonder how Liz Thompson must feel about that, but she doesn’t answer my emails.

In the text of Ms. Handel’s letter, I’ve highlighted (in bold italics) phrases that I think are worth a second look. Taken together, they reveal both Ms. Handel’s attempts to characterize herself as the fall guy for Komen’s moves against planned Parenthood, and the fact that the decisions made in those moves pre-dated her arrival at the foundation. While the public outcry for Ms. Handel’s firing that followed the Komen decision to stop funding Planned Parenthood was more than appropriate, it is folly to think that her departure represents a fundamental change at Komen.

Ms. Handel wasted no time in getting on the airwaves to defend Komen and herself. The ink wasn’t dry on her resignation letter before she appeared, of course, on Fox. In the course of a number of interviews, she accused Planned Parenthood of being “a gigantic 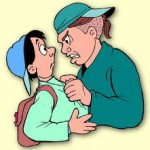 bully.” That is rich, coming in defense of an organization that sues anyone or any group that uses the phrase “for the cure” or the color pink to raise money for breast cancer. I guess it takes a bully to know a bully.

As promised here are links to articles you may have missed that reveal important things about Komen. Read them, share them. Let’s get the real story out.

This article from Reuters talks about the decline in the proportion of the money that collects that it allocates to funding research, now down to 15% of its spending. But the organization touts its research  funding and get’s people to give by doing so.

Susan G. Komen and the Cancer Within by Clifton Fein

This long, thoughtful, and fact-filled piece is a condemnation of Komen’s behavior under Brinker’s leadership. My favorite phrase in it is the description of Brinker as “the Martha Stewart of breast cancer.” It’s also in this article that we learn that more than 50% of the graduating class of the Yale School of Public Health called on the school to rescind Brinker’s 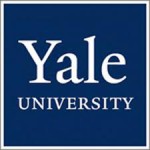 invitation to be the commencement speaker. The School declined to do so, but maybe they’ll be a demonstration to welcome Ms. Brinker.

Komen’s Biggest Mistake is About Science, Not Politics by Christie Aschwanden

Unless something else extraordinary happens that involves Komen, I promise to turn to other topics again very soon.