What I Learned as A Volunteer

On Sunday, December 9, 2012, I was awarded the Lola Hanzel Courageous Advocacy Award by the American Civil Liberties Union of Northern California (ACLU-NC) at their annual Bill of Rights Day Celebration. Below is my acceptance speech for the award. 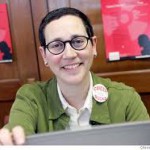 Voice, Communicating and Somewhere in Between or the post entitled You Don’t Have to Talk Like Stephen Hawking.

I have put in brackets explanatory information for folks who are not familiar with ACLU-NC.

When Micky Walsh [Chair of the ACLU-NC Board of Directors] emailed to tell me that I was to receive this award today, I was 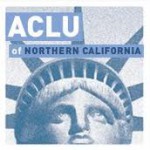 incredulous, and humbled. I know a lot of the people who have gotten this award in previous years, and I am honored to be included in this august company.

I embarked on my relationship with the ACLU when I volunteered for the New Jersey affiliate in 1975. Little did I know that the work I did then on prison reform was just the beginning of many years of working with the ACLU.

I won’t bore you with all of the volunteer jobs I’ve had at various ACLU affiliates and the National office. Though I think it’s important to point out, that the ACLU always had the wisdom not to appoint me to a finance committee. What I want to talk about is not how I helped the ACLU, but how I was helped by the many roles I had with ACLU over time, one of the two organizations that are closest to my heart.

My experience with the ACLU confirms that volunteering is its own reward. I’m sure that my work with the ACLU — as a board member, a legal intern, a member of the Legal 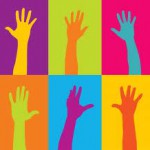 Lend A Hand When You Can

Committee, a member of the board nominating committee, a representative to the Biennial Conference, a member of the National board, a fundraiser — was of value to the organization. At the same time, I learned so much — about civil liberties, about justice, about organizing, about effective campaigns and about how great non-profits are run — and I met some lifelong friends. At the ACLU, I learned how to be an effective activist. And, much to my surprise, I developed skills that would allow me to be an effective staff leader of another organization.

I was in my third term on the ACLU N C board (not 3 consecutive terms, that would be a no no) [ACLU-NC policy requires board members to cycle off the board after 2 consecutive terms], when I was diagnosed with breast cancer. I was 42 years old. While I was in treatment, I resigned from the board, and decided to stop practicing law to look for a job in health advocacy.

I ended up as the Executive Director of Breast Cancer Action, a tiny organization trying to tell the truth about breast cancer. There were already a lot of organizational players

making their voices heard with a pretty pink and deeply misleading story. I was the first full time employee of Breast Cancer Action –or as I referred to it, BCA — with no experience in running or building an organization except what I’d learned at the ACLU. It turned out that that was plenty.

I had learned at the ACLU that an important part of getting your organizational message out was an effective press strategy. And one of my good friends from the ACLU was Elaine Elinson, the mistress of [ACLU-NC] press relations — I think she had a slightly less grand official title. I asked Elaine, who had a connection to breast cancer, to join the Breast Cancer Action board of directors and guide me in a media strategy. That may have been the smartest thing I ever did at BCA.

It was also at the the ACLU that I learned about board term limits as a way of balancing board members knowledgeable about organizational history with new people with fresh  energy and ideas. We modeled Breast Cancer Action’s board term limits on those of ACLU-NC.

I also thought, based on my experience with the ACLU, that having written policy statements was important as a guide for people working for the organization either as staff or volunteers, and as educational tools for others. So I worked with the board to write policies on topics on which Breast Cancer Action was involved.

But the biggest thing I brought to BCA was a social justice perspective that had been honed through my work with the ACLU. It’s a rare issue that can be successfully addressed without understanding the context in which it occurs. But there were no breast cancer organizations operating at the national level who addressed breast cancer through a social justice lens. It was fine to talk about new treatments, but we also needed to focus attention on who could get them, and how much that depended  on patients being able to find out about them, on the doctors they saw or the clinics they went to, and having  money to pay for them.

And the information people got about treatments was often prepared by the drug manufacturer, focusing on the benefits and downplaying the risks.

When places like Marin County got attention about its high breast cancer rates, Breast Cancer Action would point out that there were a lot of black women dying at young ages in Bay View Hunters Point that needed at least as much attention.

On the subject of environmental links to breast cancer, BCA called for studying the usually poor communities that are often situated near pollution sources and therefore at highest risk.

And there were areas where, as the leader of Breast Cancer Action I took a different course from the one that the ACLU national organization had adopted when I was on the board. I had been in the dissenting minority at the national board when I and others urged the organization to endorse limiting corporate contributions in elections. This affiliate [ACLU-NC] endorses these limits. The area of corporate influence in cancer advocacy isn’t about elections so much as it is about the reality or the perception that corporations that make drugs and devices for cancer use donations to influence the advocacy that cancer organizations do around treatment issues.

Breast Cancer Action was the first cancer advocacy organization to make it a matter of policy not to accept funding from corporations profiting from cancer or contributing to cancer by environmental harm.

It was the corporate contributions policy that in many ways enabled BCA to have, in a small way, an impact on breast cancer advocacy similar to that of the ACLU on a wide range of civil liberties issues. We launched our Think Before You Pink campaign in 2002, 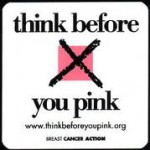 raising questions about all the products sold with pink ribbons on them. We called for more transparency in these sales efforts. After all, if shopping could cure breast cancer, shouldn’t it be cured by now.? We also called out “pink washers,” companies that sold some product to raise money for breast cancer while at the same time making products that were likely contributing to the breast cancer epidemic. There’s now a documentary film about the pinking of breast cancer and pink washers. It’s called Pink Ribbons, Incorporated, and you saw a clip from it here  this afternoon. The film is available on DVD and Netflix.

There’s one more area of social justice where Breast Cancer Action’s goals overlapped completely with those of the ACLU. That issue is the patenting of human genes, in this case 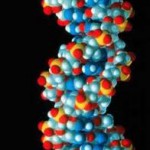 the breast cancer genes known as BRCA1 and 2. BCA had tried unsuccessfully to get someone in Congress to address this issue when the patents on these two human genes were first issued. When the ACLU started examining the issue, they contacted us, and when the lawsuit was prepared to challenge the patents, Breast Cancer Action was the only national organization to sign on as a plaintiff. We could do that because we didn’t accept funding from the patent holder, Myriad Genetics.

Sooner or later, all issues of social justice are connected. And we as individuals can  advance the arc of history towards justice by volunteering. The world changes because we work for change. I am deeply grateful for the privilege of volunteering for the ACLU, and very honored to be the recipient of this Lola Hanzel Courageous Advocacy Award.

One Response to What I Learned as A Volunteer