Since everybody and their cousin is commenting on the Supreme Court’s decision on the Affordable Care Act, I thought I would offer my two cents, for what they’re worth. Enjoy.

Will the Real Justice Roberts Please Stand Up?

I was very surprised by Justice Roberts. Having watched him vote his Republican, capitalist, protect-the-property-owners and corporations philosophy in many cases, I never suspected that he would be the member of the court who would save the health care act. I was at first pleasantly surprised, until I thought about it a little more. Sure, calling 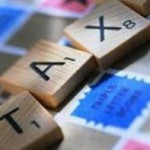 Actually, the law imposes a penalty, not a tax.

the individual mandate a tax kept Roberts from voting with the Neanderthals and invalidating the law. But calling it a tax also saddles President Obama with having to explain increasing taxes. That’s just what the Republicans want to pin the President down with. Maybe it’s just a convenient outcome of the Roberts’ opinion, or maybe it’s more nefarious than that.

Crazy on the Right

Speaking of Neanderthals, what is with Justice Kennedy? Alito, Scalia and Thomas would never vote to protect the people, so their positions were no surprise. But Justice Kennedy knows better — and often votes that way. What possessed 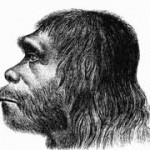 him to take the position that this law is unconstitutional under the Commerce Clause? I wonder. I really do.

Of course, the right wing is wondering the same thing about Justice Roberts. But they have a theory. According to Michael Savage, right wing talk show blatherer, Roberts upheld the law because he was undermined by cognitive side effects of an epilepsy drug he takes.

Let’s assume for a minute that Roberts takes such a drug. At least it would be covered under the health care law. So maybe it was self-interest after all that drove Justice Roberts to vote to uphold the law.

It’s sort of like Justice Sutherland in Village of Euclid v. Ambler Realty Co., the landmark zoning case. Sutherland wrote the majority opinion upholding a zoning law that prohibited building an apartment structure in a neighborhood of single family residences. The story goes that Justice Sutherland had only to imagine an apartment building on his residential block to uphold the zoning restriction against such construction in Euclid.

Hijacking the Discussion: The Right Does It Again

But the right wing was organized, and it wanted to win the Commerce Clause argument.   So the right did what is so good at: it got its version of the story into the press, through talk 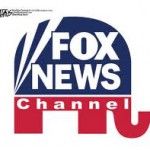 show hosts, Sunday talk shows, Fox, and print media. The press bought it uncritically, and the Commerce Clause argument took hold. It took such a strong hold that both Fox and CNN initially (and wrongly) reported that the argument had prevailed with the Supreme Court.

So the discussion of what the law requires was hijacked by the right, which was supported by the press. And the press coverage since the decision still focuses largely on what people on the right think.

Some of those people are showing up in comments on news articles about the Supreme Court’s decision. My favorites are the guys (and all the comments I saw were from men) who swear that since the U.S. now has a socialist or communist health care system, they are moving to Canada. I can’t make this stuff up, but I wonder if they know that Canada 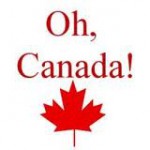 has a single payer health care system. We have a universal health insurance system. They are different, but these guys seem to not understand either system. I wish them well in Canada.

The Affordable Care Act is step forward to getting everyone health care. It’s not what I want or what I think we need, which is a single payer system. But it’s better than what we have now: it will prohibit denying coverage based on pre-existing conditions, it bars life-time caps on coverage, it covers kids until they are 26 under their parents’ plans, and it will cover a lot of people who don’t have health insurance now. 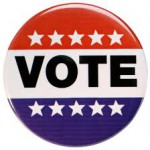 What I wonder is how we can get the uninsured and the under-insured to recognize that this law will make them better off — and vote in November.