Drug costs: out of control because we don’t control them

If you’re an adult in this country who needs and uses any prescription drugs, it won’t surprise you to learn that the cost of drugs is going up. And if you are conscious of political realities now facing the US government, you already know that the government has a big budget problem. You may also have heard that one aspect of that budget problem is the uncontrolled and growing cost of Medicare. 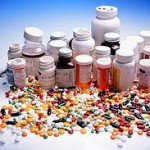 Lots of drugs out there

It may surprise you to learn that the US is the only country in the world that does not control drug costs. And, as the cost of drugs goes up, the impact falls on individuals, on insurance companies, and on the Federal budget, given its responsibility for Medicare costs.

One thing driving the cost of drugs higher is the impulse by drug companies to make sure that the public pays what the companies believe the drugs are worth. That worth is based on the companies’ interpretation of the drugs’ perceived value to patients and society. This is called “social value pricing.” For an explanation of this pricing strategy as it relates to cancer drugs, see

Medicare is part of the federal budget. Since I’m now Medicare eligible (thanks to Social Security Disability coverage and compassionate access to Medicare for some conditions that include ALS), I’m paying even closer attention. 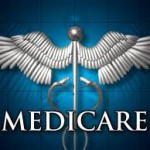 (For those of you to whom this all new territory, the general rule is that, once you qualify for Social Security Disability – which you may do at any age, if you’re disabled and have worked long enough – , you have to wait 24 months to be eligible for Medicare. The general rule is suspended for folks who have one of about 80 conditions for which the Social Security Administration recognizes “compassionate allowance.” Most of these conditions are ultimately fatal, but why some conditions, like inflammatory breast cancer, are eligible, but others, like Stage IV metastatic breast cancer, are not  is beyond my comprehension.)

Medicare is essentially single payer health care, which should help keep the costs of things like drugs down. But as along as drug companies can charge whatever they want to charge, because the US doesn’t control drug prices, it will be hard to control the Medicare budget.

If you have insurance, the ALS drug may be covered

The only drug for ALS is called Rilutek (riluzole). When it works, it delays progression of the disease. It is not a cure. It costs about $1,000 a month, or $12,000 a year. Medicare will cover the cost. For people who don’t have Medicare, insurance might cover (if they

The only drug for ALS

Cancer drugs: one driver of the high Medicare budget

Then there are the cancer drugs, and they make Rilutek look cheap. In breast cancer, the issue has arisen because the new biotech therapies are breathtakingly expensive. Herceptin, for women with Her2 positive breast cancer, costs $50,000 a year. Avastin, the use of which in metastatic breast cancer continues to be unresolved by the FDA, costs $100,000 a year for breast cancer patients, though there is no evidence that it prolongs the lives of those patients. For patients who are eligible for Medicare, Medicare pays these costs.

On Friday, March 30, 2011, Medicare indicated that it plans to cover the cost of Provenge, a prostate cancer drug that costs $93,000 per patient. In clinical trials, the drug extended the lives of patients receiving it by 4 months. The patients in the trial, and those for whom the treatment was approved, are men with hormone refractory, late stage, metastatic prostate cancer. There is no indication that the drug works in earlier stage prostate cancer or in prostate cancer that is responsive to hormonal treatments.

There is also a new Bristol-Myers Squibb drug for melanoma that costs $120,000 per patient: it extends the lives of patients by just over 3.5 months in clinical trials.

Keep in mind that drugs are never as effective in the general population as they are in clinical trials. That’s partly because trial are almost always designed to treat the “most treatable” patients.

Off-label use: driving costs up

Once a drug is approved for any purpose, it can be prescribed by doctors for any other purpose. Medicare will not prohibit this practice of “off-label use”; indeed, it usually covers the cost of off-label prescriptions just as it would for the approved use(s). Do private insurance companies cover off-label use?

The agency expressed the “hope” that off-label Medicare coverage of Provenge would only occur in clinical trials, but, if breast cancer is any guide to what will happen, that hope is a delusion.

Long before the FDA even considered whether to approve Avastin for use in breast cancer, doctors were prescribing it for breast cancer cases. They were doing that so frequently that most of the income generated by the drug for the company that makes it — then Genentech, now Roche — came from off-label prescriptions.

As the cost of drugs goes up, and as we live longer (if we’re lucky) and have more needs for 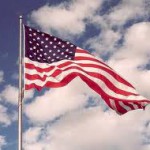 more drugs as we age, Medicare bears – and, through the types of practices described here – becomes responsible for the increasing costs of drug treatment. Unless we come to grips with this reality, the system may well go bankrupt, leaving a lot of people without care.

Do you think it’s ironic that, if you’re lucky, you’ll die before that happens?

Before we all die, maybe we should come together to demand that limits be imposed on what drug companies can charge.

9 Responses to Drug costs: out of control because we don’t control them