People who have known me a while know that I’m no fan of pink ribbons as a symbol for breast cancer. I have the same feeling about baseball slugger Lou Gehrig as a symbol for ALS. It’s time to let go of symbols that have become useless, or, worse, misleading.

The first breast cancer ribbon was not pink. 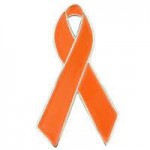 It was salmon colored. It was created by a woman named Charlotte Haley, who had seen a lot of her family struggle with breast cancer. Charlotte wanted to see more done to address the breast cancer epidemic. Inspired by the AIDS ribbon, she created salmon colored ribbons out of cloth, put 5 of them on a postcard encouraging people to contact their elected representatives, and sold the postcards for 5 bucks each so she could make more.

Estée Lauder, the cosmetics company, and Self Magazine, a woman’s publication, quickly recognized the profit-making possibilities of the ribbon. They approached Charlotte, claiming that they cared deeply about women and wanted to make her ribbon the international symbol of breast cancer. Charlotte thought that was more about the companies’ bottom lines than about women’s lives, and refused to partner with them.

The companies were advised by their lawyers that they could use a ribbon; they should just find another color. So the companies asked focus groups of women to identify the color

or colors that were most reassuring, non-threatening, and comforting – everything a breast cancer diagnosis is not. The color they came up with was pink.

The Komen Foundation (now called the Susan G. Komen for the Cure Foundation) tried to trademark the pink ribbon. When that failed, everyone and their grandmother starting using it to symbolize breast cancer. Briefly put, because anyone can use the pink ribbon, everyone does, from marketers of products to huge organizations. The pink ribbon has made it possible for breast cancer to become the poster child of cause marketing by companies trying to improve their sales by linking their products to the breast cancer cause. Some people and companies merely sell ribbons (made of everything from cloth to platinum and diamonds) and keep all the revenues; others use it promote sales of other products (everything from toilet paper, to cars, to 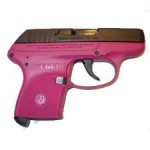 I cannot make this stuff up

guns) by promising to donate a “portion” of the proceeds to breast cancer research. 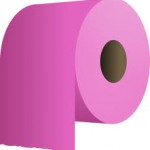 This is not your imagination

Sometimes the ribbons are placed on products that are bad for our health. For more information on the exploitation of the pink ribbon, see www.thinkbeforeyoupink.org.

How Many Things Can a Pink Ribbon Cover Up?

Billions of dollars have been raised in the name of breast cancer research. We don’t know 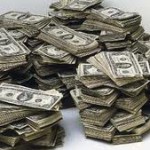 how much of that money actually goes to research. We don’t know what kinds of research are funded with that money. And the research funders often tout how much they have spent without every reporting whether the research has benefited women’s lives. What we do know is that the epidemic rages on, the incidence of breast cancer continues to increase, and the death rate does not decline.

When you ask most people what they know about breast cancer, if they can say anything, they will say something about the importance of mammograms. But there is so much more to breast cancer. To name just a few things that the pink ribbon doesn’t represent: the limits of early detection, the ineffectiveness of current treatments to keep women with metastatic breast cancer from dying, the environmental triggers of the disease (only at most 10% of breast cancer is caused by an inherited genetic mutation), and the racial inequities in both the incidence and mortality rate from breast cancer.

Many of these issues are illuminated in the new documentary from the National Film Board of Canada, Pink Ribbons, Inc., by director Léa Pool and producer Ravida Din. The film was inspired by a book by of the same title by Samantha King. The film is now being shown at film festivals outside the United States. It should be in theaters here by February, 2012.

If we’re going to focus on what needs to happen to end the scourge of breast cancer, we need to find a new symbol, one that actually conveys the impact of the disease on people’s lives and that doesn’t lend itself so readily to corporate exploitation or to covering up the realities of the breast cancer.

Maybe if we put our heads together we can come up with a new symbol. Ideas?

Lou Gehrig: May He Rest in Peace?

Lou Gehrig died of ALS in 1941at the age of 37. Many people who think they have never heard of ALS have heard of Lou Gehrig’s Disease, the “popular” name for this devastating illness. By now, more people probably know Gehrig for his illness than his baseball prowess

Gehrig died more than 70 years ago. Since he died, many more people, some of them quite well known, have died of ALS. Yet, in nearly every story about ALS, Gehrig’s name appears, often with a picture of the baseball player standing hale and hearty with a 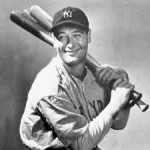 baseball bat in his hand. He doesn’t look sick, let alone devastated by the physical ravages of ALS.

Is it any wonder that the public doesn’t understand what ALS is when the symbol they see is so unrelated to the realities of the disease? Wouldn’t a better symbol convey the real life circumstances of 21st century people with ALS? Just because “Lou Gehrig” is easier to say than amyotrophic lateral sclerosis, that doesn’t mean Lou Gehrig is a good symbol for 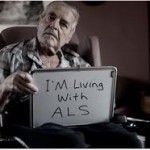 Good Symbols for a Change

For people to be motivated to care about and work to change either breast cancer or ALS, the need to understand what these illnesses are and how they affect people today. Appropriate symbols can help convey that understanding.  Let’s find and use symbols that at least hint at the realities so that people might — just might — be motivated to change them.