The 21st Century seems to be, among other things, the Age of Health. Everybody’s concerned about health, everyone’s talking about health, and every cultural medium is flooded with ads about how to improve your health. The idea seems to be that, if you’re smart enough and take enough of the right drugs, you’ll live forever.

Whether you believe that myth or not, the ability to read and understand numbers in medical studies is becoming increasingly important. I’ve been talking about this for years, starting with the study of tamoxifen (a breast cancer treatment drug) for use in healthy women to reduce their risk of developing (not to be confused with “preventing”) breast cancer.

The “Tamoxifen for Prevention” Story 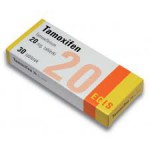 In 1998, when the study results were announced to great fanfare,the scientific journalsand press reports breathlessly reported that women taking tamoxifen reduced their chances of getting breast cancer by a stunning 50%. Reading this information, womennaturally concluded that, if they took tamoxifen, they could reduce their individual risk of developing breast cancer by almost 50%. From the hoopla that characterized and surrounded this news, you’d think we had finally cured cancer. Not really.

The 50% number led to the wrong conclusion. It turned out that, for individual women, the amount they would reduce their risk by taking tamoxifen was actually 2%. What’s the difference? The difference is between “relative” and “absolute” risk reduction.

A Brief Digression: Risk Reduction is Not Prevention

Before I get into the numbers and unravel the difference between relative and absolute risks or benefits, a few words about words. The tamoxifen study — like many subsequent studies of other drugs like raloxifene (Evista) and exemestane (Aromasin) — was described as a breast cancer prevention study. Its official name was BCPT-1: Breast Cancer Prevention Trial 1. And the results were described in terms of how much breast cancer was prevented. But some people in the study who took tamoxifen got breast cancer, just not as many as people who didn’t take the drug. So, for any individual woman, tamoxifen and other drugs used for the same purpose reduce the risk of getting breast cancer. They do not prevent the disease.

It’s Absolutely About You

The difference between “relative” and “absolute” benefit or risk is important to understand. I know that from my work as a breast cancer activist. I also know it because the New York Times, in an article published in the Science Section on May 30, 2011 reported that “Translation Matters in Choices On Data.” The article describes the different ways that the same medical data can be presented, and talks about how important it is to clearly present data so people can understand it. Since the New York Times reported it, this information must matter, right? 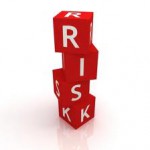 In the simplest possible terms, here’s the difference among these 3 ways of describing the numbers, using a hypothetical example.

When someone says that taking a drug reduces your risk of disease by half, that’s a relative risk reduction number.

Another way to convey exactly the same information is to say that the risk of the disease is 2% for people who don’t take the drug, but your risk if you take the drug is reduced to 1%. Your risk has been reduced by half, but in absolute terms, that’s a reduction of only 1%. In other words, in this hypothetical, 98% of people won’t get cancer if they don’t take the drug; but if everyone takes the drug, that number changes to 99%.

A third way to convey exactly the same information is to say that 100 people would have to be treated with the drug for 1 person to get the benefit of the risk reduction from it. This number matters a lot if you’re concerned (or should be) about the other effects the drug might have, which are referred to medically as “side” effects.

For a real life example, we can look at these kinds of numbers from the tamoxifen prevention trial. In that study, as mentioned above, the relative risk reduction was 49%. The absolute risk reduction was 2.1%. The number needed to treat to prevent one case of breast cancer was 48.

So, when a medical professional recommends you start a drug, you should start by asking what your risk is if you don’t take the drug, and what your risk will become if you take the treatment. And what are the potential side effects?

“Other Effects”: The Devil’s in the Details 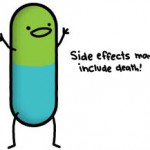 All drugs have side effects. Any drug powerful enough to prevent a serious disease like cancer is going to have other effects on your health besides potentially reducing your risk of getting cancer. With tamoxifen, the most serious risk is endometrial cancer. The drug also increases the risk of stroke, deep vein thrombosis (blood clots), and cataracts. Many women also experience hot flashes and vaginal discharge with tamoxifen.

The risks of the other effects, and their seriousness, will depend a lot on the individual to whom the drug is offered and that person’s current medical condition. But, in almost every case where we’re giving strong drugs to people to reduce their risk of getting sick, the “other effects” can loom very large, indeed.

Pay Attention to How Numbers are Reported

The take-home message in the New York Times article on how reporting data matters, is this: “Journalists have to be careful about press releases with ‘new’ or ‘groundbreaking’ studies presented with relative risk reductions.” I would add that scientists should be required by the journals that publish their studies to report the absolute risk reduction numbers, as well as the number needed to treat.

In the early 2000’s, I was attending a San Antonio Breast Cancer Symposium where the first data on an aromatase inhibitor (AI) for treating breast cancer were presented. There was a great deal of excitement about the data. It was the kind of excitement that meant that medical practice was about to change, and did it ever. Almost overnight, oncologists began prescribing an AI called Arimidex (anastrozole) for post-menopausal women with hormone receptor positive breast cancer.

Up to this point, the standard treatment in this setting had been tamoxifen. But the news of the AI study was so striking that doctors came up to me at the San Antonio meeting to assure me that tamoxifen was dead.

Tamoxifen’s obituary hadn’t really been written at the time, and still hasn’t. But the other thing that I heard at that San Antonio was from advocates and activists who were concerned that this new class of drugs would be tested in healthy women for breast cancer risk reduction, just as tamoxifen had been.

Those advocates were right. At a huge cancer meeting recently in Chicago, the results of the first study of an AI in women who did not have breast cancer were released. While sources like Medscape and the National Institutes of Health heralded the news about exemestane (Aromasin) as breast cancer “prevention,” the June 4, 2011 New York Times was more cautious, with a headline that read “Drug Can Reduce Breast Cancer Risk, Study Says.” 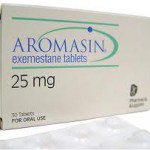 And how were the results presented in the study? As relative risk reduction numbers, of course. All the press stories led with the news that women taking the drug in the trial reduced their risk of breast cancer by 65%.

According to the study, 94 women would need to be treated for 3 years with exemestane to prevent one case of breast cancer. That means that 93 women would be exposed to other effects that include bone pain, joint pain, and — noticeably missing from the list in the New York Times — osteoporosis. Most women on AI’s for breast cancer develop osteoporosis, which means they get to take another drug to reduce the risk caused by the AI.

In the Age of Health, we need to understand health numbers and their significance. Only with this information can we make intelligent decisions about treatment options and their risks. A great deal depends on understanding health numbers– maybe even your life.

21 Responses to Understanding Health Numbers: Not Easy, but Important