Mammograms — They call this a new problem???!!!

I was going to write this post about clinical trials – since I’m trying to get into one for ALS. But breast cancer activism is in my blood and a story that I saw in the New York Times this week just screamed at me for a comment. So stay tuned for the blog post on clinical trials, while I rant briefly about yet one more mammogram study.

The headline of the story in the Times on May 10 was “Screening: New Threat Rises Between Mammograms.” The report is of a study of what are called “interval” breast cancers – the ones that show up between regularly scheduled mammograms. 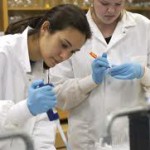 Women do research. Let's be sure it matters.

In Canada, where the study was done, the normal “interval” between screening mammograms for women over 50 is two years.

A brief aside in this brief post: The “every 2 years” thing is interesting. You might want to know that Canada and most European countries follow this pattern, and have outcomes in terms of breast cancer mortality that are no different from the U.S., where we usually screen women over 50 every year..

So the study in question was looking at breast cancers found in women some time between one regularly scheduled mammogram and the next one two years later. It distinguishes “true” interval cancers from those that were actually evident on the first mammogram, but not seen by the people reading it.

As they say on the NPR radio program I sometimes hear, let’s look at the numbers. This study found the following.

From these numbers, it’s clear that the “problem” of “interval cancers” identified by the researchers and the news headline is not the real one. The real problem is that over 99% of the women screened every two years didn’t have cancer, which means a hug cost to society and a lot of radiation exposure for women could have been avoided. And – shockingly to 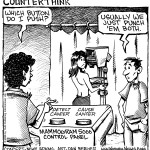 those who have not followed the real mammogram story – of the cancers founds in this group of screened women, mammograms missed a third of them.

So we have one more study that tells us that mammograms don’t always work. It also confirms the huge cost – to society and individuals – of screening programs. How much research money is going to be spent proving what we already know, instead of looking for better ways to detect breast cancer? Or maybe doing studies of the 1/3 of breast cancers found by women themselves, despite all the mammograms they have.

The person who did this study, Anna M. Chiarelli, did have some good advice: “Better screening technology is needed. Until it arrives, women should seek immediate care for cancer symptoms even if they recently had a negative mammogram.”

Ms. Chiarelli  is absolutely right that women should seek immediate help if they have symptoms that might indicate breast cancer, no matter what their most recent mammogram says. 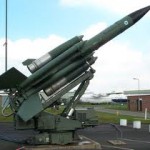 Aim this at a woman's breast? I hope not!

But the need for better screening technology is simply old news. We’ve been promised it for years. The National Cancer Institute had a program for a while called “Missiles to Mammograms” that promised to bring the benefits of military technology to the breast cancer detection field. We’re still waiting.

Mammograms are a limited technology. While having a mammogram every day would eliminate “interval cancers, we still wouldn’t find all the breast cancer.

So let’s advance the field. The public has been oversold on mammograms. It’s time to face reality, and push for better screening methods – methods that are more accurate, can be targeted to those a greatest risk of breast cancer, and that aren’t based on radiation – which, after all, causes cancer.

Can we finally move post the mammogram discussion. I hope so, but history tells me the answer is probably no.

9 Responses to Mammograms — They call this a new problem???!!!