I’m “meeting” some wonderful people as I deal with ALS, including folks who have other conditions that impair their ability to function in some way. Most of these meetings are by email, but they are delightful nonetheless.

I was listening recently on my local PBS station – KQED — to a radio perspective recorded by Patty, who has Parkinson’s Disease. Fortunately, medication for now controls for Patty some of the movement challenges that that disease presents. In that commentary, she talked, among other things, about being concerned that by going public with her disease, she would become “That Person With Parkinson’s.”

We All Have Something

Most of us have – or will have at some point – some condition that will make us “that person with . . .” When I was Executive Director of Breast Cancer Action, I was concerned that people would see me and say to themselves “here comes that breast cancer person again.”

Of course, breast cancer people can identify each other by those damn pink ribbons or pink wrist bands, or the chemotherapy-induced baldness or head turbans, or the more direct “Cancer Sucks” buttons that tell the real story of a breast cancer diagnosis. (Available from Breast Cancer Action – email info@bcaction.org.)

Other conditions are not so easily identified as you walk down the street or sit in a coffee shop. When I see people who have trouble walking or hear people having trouble speaking, I can’t tell what the underlying problem is, but – because I now share these characteristics — I’m far more sympathetic than I used to be.

None of us wants to be identified as the illness we have. We are all human beings, with thoughts, and feelings, and emotions, things we want to do and are doing, and things to contribute to the world. Patty, for instance is dancing!

Technology: Part of the Answer

I’m being public by blogging and tweeting, but that has a limited audience. Pretty soon (no telling when), I won’t be reminding people about ALS by the way I walk or talk, because I won’t be doing either, and certainly not doing them in public.

Technology is making many things possible for people like me. I have a program called

“Speak It” on my iPad that translates the words I type into audible voice. There’s another program, called NeoKate, that supposedly works the same way, but I haven’t figured out how to use it yet. And there’s a somewhat expensive program called JayBee that has prepared phrases that make it easy to make audible what you want to say, even if you can’t talk. That program doesn’t run on the iPad.

These are just a few examples. There are many more programs available for people, some for folks who can no longer type because they have lost control of the muscles in their hands.

What We Can’t See Is Still a Problem

I’m left with this question:  how important is it to be public about what we have, so that the communities in which we live will know that there is something going on that is causing their neighbors to suffer in some way? Or so that people will think about whether there are things they can do that might help others who are struggling?

ALS, unlike breast cancer, is not a public disease, because the people who have it almost inevitably end up confined to their homes or nursing homes. 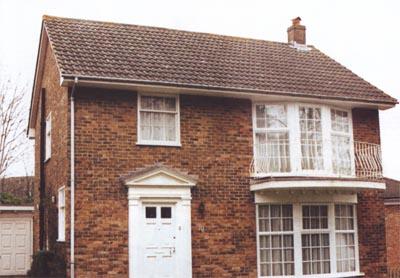 They don’t go out, either because they can’t physically manage to, or they are too self-conscious to be seen in such a compromised situation.

So if you have friends with some illness or condition that makes it hard for them to be in the public eye, think about what it means to them, and to us as a society. Maybe we should find ways to help make those people visible and able to continue to be their full human selves, and maybe be less self-conscious than they otherwise would be.