Susan Love: Time to Think Before You Pink

If you like this blog, send to your friends. Let’s keep the conversation going.

There are many heroes and heroines in the world of breast cancer. You even know some of 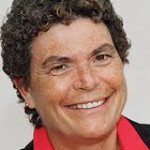 Dr. Love, whose name appears on everything she does

their names. One of the best-known is Dr. Susan Love, author of Dr. Susan Love’s Breast Book, the excellent layperson’s guide to breast cancer issues. I have given that book to several people, and referred many others to it, as a clear and invaluable source of information for sorting out questions about breast cancer diagnoses and options for treatment.

Dr. Love stopped doing surgery some years ago, and now runs a foundation, called — you can guess it from the title of her book — The Susan Love Breast Cancer Foundation. Founded in 1995, its mission is “to eradicate breast cancer and improve the quality of women’s health through innovative research, education and advocacy.” (On the subject of the holy grail of “eradicating breast cancer,” see Breast Cancer Action’s Cancer Policy Perspective.) According to its last annual report, the Foundation has nearly $5 million in assets.

Eradicating breast cancer was not always the Foundation’s stated mission. In 2005, its stated mission was “to end breast cancer in 10 years.” I was then the E.D. at Breast Cancer Action, and had heard similar elusive promises from others many times. But I thought of Susan as more honest than most people in the field, so I was surprised. I emailed her to ask 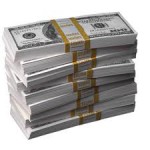 Why does it always seem to come down to this?

I have known Susan Love for a long time, and – despite her excellent book – disagreed with her about several things along the way. When we first “met” in 1994 at an on-line breast cancer forum, we disagreed about the value of breast self-exam. We still disagree about that. Susan says it sends women on a fearful “search and destroy” mission that doesn’t do any good. I say that discouraging women from knowing their own bodies is a dangerous thing, especially when about 1/3 of women with breast cancer find their own lumps.

But more recent events have intensified my disagreements with her. Here’s why:

Both Susan and I appear in the film that’s opening now across the country, Pink  Ribbons,

Open now or soon at a theater near you

Inc. In that film, Susan convincingly says we have to find the cause of breast cancer and stop it. In the film, she eloquently suggests that environmental research may be the key, and that people who want to support that kind of research should be sure that’s where their money is going. It’s clear to me that this call is for more funding for her foundation.

So far, so good, right? But Susan can’t really be that interested in environmental causes of breast cancer, because, if she were, she couldn’t accept some of the funding the Foundation has accepted or establish partnerships the Foundation has established.

I suspected as much when the Foundation announced to great fanfare its “Army of Women” approach to getting women involved in breast cancer studies. The Army was launched with the help of funding and publicity from the Avon Foundation.

(An aside: I was appalled at the name at the time — just what we need, another militaristic reference in the cancer world. See some discussion of this in a previous post.)

I was also pretty sure that the partnership was a direct result of the fact that Love was serving on the Avon Foundation’s Breast Cancer Scientific Advisory Board at the time. If 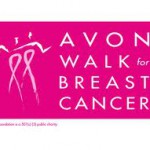 you don’t think this is how funding works, think again. Look at the list of who serves on a non-profit research funder’s advisory board, and see if you don’t find many of those names also on the list of the funder’s grantees.

So, what’s the problem? Avon (the corporate parent of the Avon Foundation) refuses to sign on to the Campaign for Safe Cosmetics, and continues to use known or suspected carcinogens in some of their products. This corporate hypocrisy is also highlighted in Pink Ribbons, Inc.

chosen to benefit from the Ford Motor Company’s “Ford Warriors in Pink Models of Courage” campaign. The Foundation will get the “net proceeds” (that means after costs are covered, so it could be little or nothing) of sales of things like Warriors in Pink: t-shirts, yoga pants, and sun hats, to name a few items. You can array yourself in much Ford Warrior in Pink apparel.

The Ford Motor Company is also featured in Pink Ribbons, Inc. Ford has a history of being the leading polluter in the automotive industry. And we know that some of things that are produced by internal combustion engine cars can increase the risk of many cancers, including breast cancer. Beyond that, the film includes a sequence that focuses on the elevated incidence of cancer in women who worked in automotive plastics factories, making parts for Ford. Ford’s purported concern about breast cancer is classic pinkwashing. And Susan Love is helping them do it. For shame.

Susan says in the film that she hates pink. But she partners with companies that are pinkwashers. Will the real Susan please stand up? 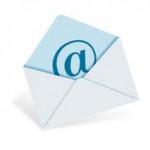 integrity she exhibited in Susan Love’s Breast Book. You can reach her at slove48@gmail.com.

27 Responses to Susan Love: Time to Think Before You Pink