Science by Press Release – Not Good News for Patients

If you have ALS, or know someone who does, you were probably inundated with emails from well-meaning and loving friends earlier this week with the news of a “breakthrough” in ALS research. I first saw the news in the press release issued by Northwestern 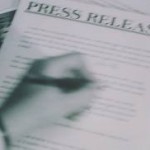 University, the institution that sponsored the research. The headlines of many of the stories that resulted from that press release read “Major ALS Breakthrough: Researchers discover common cause of all forms of ALS.” Don’t go running to the pharmacy for the new treatment for ALS. It’s not here yet. It’s not even close.

As a long time health activist, I am more than a little bit familiar with what I have come to call “science by press release.” A research institution finds something interesting, they 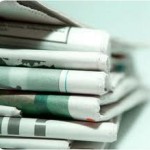 widely distribute a press release putting the best possible spin on it, and the media outlets run with the story. Try a google search of the phrase “ALS breakthrough” and see how many hits you get.

What Does it Mean for Patients?

The first question to ask when you see a story about a medical breakthrough is “what does this mean for patients today?” In the case of this ALS story, nada. What has been found is

a protein called Ubiquilin 2 that occurs in spinal and brain system cells. It’s supposed to repair or dispose of other proteins as they become damaged. The researchers discovered a breakdown of this function in ALS patients.

This may prove to be good news, especially if it is confirmed by other research and drugs can be developed to address the damaged protein. But we’re a long way from that day, and many 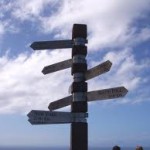 things could happen that keep researchers from getting to it. For example, it may turn out that some other protein or proteins have to be controlled to make sure that Ubiquilin 2 functions properly. The unknown territory is vast.

Key Words to Look For

There are key words to watch for in the “science by press release” world. Among them are 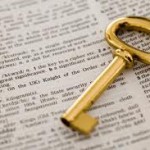 “breakthrough”, “advance”, and “may,” “might,” or “could lead to.” When you see these words in a story about a medical breakthrough, listen carefully for what’s being reported. Far more often than not, the story is about something that worked in the lab but hasn’t been tried yet in patients, or about a study of a very small number of patients.

Those of us living with illness, and the people who love and care about them, need hope. But we don’t need research masquerading as news that will affect our chances of surviving. As one scientist interviewed on the ALS story said, “You need to understand at the cellular level what is going wrong. Then you can begin to design drugs.” Call me when you get there.

When I was the Executive Director of Breast Cancer Action, I often wished that a PhD candidate would review all the news stories in the last decade about medical breakthroughs in breast cancer and figure out which ones in fact resulted in improving outcomes for patients. I would love to read that dissertation.

What You Can Do

Next time you see a medical “breakthrough” story, think about contacting the media outletand telling (or just asking) them what their story means topatients today, especially if it may be, might be, or probably is nothing.