Nothing Should Have to Be This Hard

I’m in touch with a lot of people about health issues. I continue to be amazed by the range of needs that people have, and how hard it is to meet them. But some of the issues that come to my attention strike me as so simple as to be true no brainers. I want to write here about two examples, one from the ALS world, and the other from breast cancer. I will be interested to read what readers of this blog see as other issues in health that can be easily solved, but, tragically, are not.

Donating Sick Time for A Cop with ALS

The township of Greenwich, Connecticut has a Collective Bargaining Agreement (CBA) with 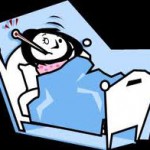 its police force. Under the terms of that agreement, police officers are allowed to donate some of their accumulated sick time to help other officers who are ill but have used up their sick time. Roger Petrone, a Sergeant in the Greenwich police department, was diagnosed with ALS at the age of 37 in 2007. This year, as Sgt. Petrone was about to deplete his remaining sick time, he sought to use time donated by his colleagues under the terms of the CBA. The Township took the position that, despite the terms of the CBA, Sgt. Petrone would have to retire and be left to his own financial resources as he struggles with ALS.

Sgt. Petrone with his daughter

community, Sgt. Petrone won his battle with the Township. The Selectmen backed down on their threat to deprive the Sergeant of his rights under the CBA.

When people are sick, it shouldn’t be so hard to get the kind of help to which adopted work rules entitle you, should it?

Space for a Support Group for Women With Metastatic Breast Cancer

At the end of October, Nancy Brinker of the Susan G. Komen for the Cure Foundation gave

Nancy Brinker, in pink of course

one of her classic defenses of all things pink by pointing out that more pink is needed as long as women are too poor to afford both housing and breast cancer treatment, or have to choose between spending money on bus fare to get to treatment or feeding their families. Ms. Brinker overlooked two things in her analysis. The first is that the women she describes don’t need pink, they need money. And the second and more telling thing she overlooked is that her organization, the richest breast cancer organization in the world, doesn’t give funds to the very women she describes or do much to address the challenges these women have.

There’s group of patients with metastatic breast cancer who meet for support in Austin, Texas, not far from Komen’s headquarters in Dallas. The group, called the IV League,

meets once a month, and needed funding for rent for a space for their meeting. We’re not talking big bucks here. But the Komen Foundation refused to fund the need.

If Komen really cares about breast cancer and about the needs of women with metastatic disease, they could fund the IV League’s rent out of petty cash. Really, this shouldn’t be hard. Why is it?

I’m sure there are tons of examples in health care of things that should be simple but aren’t. What are your favorites? And have you seen any solutions that address them? I invite you to post responses here for everyone to see.

17 Responses to Nothing Should Have to Be This Hard