My Life as A Guinea Pig, aka ALS Patient

I’m a participant in a clinical trial for an ALS drug. The trial goes by the catchy name 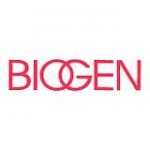 “Biogen 223AS302 Dexpramipexole.” Let’s just call it the trial. It’s a randomized double-blind trial, which means that neither I nor the medical team knows whether the little white pill I take twice a day is the drug being evaluated or the placebo.

To keep track of what impact the drug is having on patients of a degenerative disease like ALS, a lot of follow-up tests are done to measure things like lung capacity, muscle strength, heart and liver function.

And, since it is not known whether a given patient in the trial is getting the drug or the placebo, these follow-up tests are done on everyone. To do them all takes about half a day, and a lot of energy. Since ALS patients like me tire quite easily, it’s particularly ironic – if not downright annoying – that these follow-up tests are so exhausting. 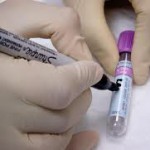 Lots of blood draws are taken for follow up

The muscle strength test involves having a hand-held device applied to various muscles. My job is to resist the pressure applied through the device as much as possible. The lung capacity test involves having a mask pressed hard to my face while the very nice nurse holding it there also holds the back of my head and encourages me to breathe as deeply as I can, and then exhale as much as you can. This exercise is repeated at least 3 times.

Some of the follow-up tests are done every month, though not as extensively in each instance as in this half-day marathon.

These tests are not only exhausting, but for the most part they measure things about my function in ways that are meaningful to the drug company (Biogen) but not so much to me or my care providers. So, this half day of tests does not substitute for the half day in the ALS clinic where care providers focus on me instead of the things being measured in the trial.

To Trial or Not to Trial?

As I contemplated these tests on the day before I had them recently for the second time, I seriously considered dropping out of the trial. I wasn’t sure then (and am still not sure now) why I should spend so many precious hours being put through this drill. I know I’m participating in the trial because we desperately need better drugs for ALS. And I know that clinical trials are the only way to get them. But I also know that I want to spend the time and energy I have doing things I love. As you might imagine, breathing into a mask held to my face is not on that list. It’s not that I wasn’t told about the follow-up tests as

part of the informed consent process for the trial, but living through them is a very different experience from reading about them.

Now that I have the experience, I wonder whether it might be possible to find other less exhausting means of collecting information needed to ascertain whether the drug in this trial or any trial meets the FDA requirements for safety and efficacy.

On a different front,  there are the things I consciously choose to do to try to improve the quality of my life with ALS. Take, for example, my efforts to improve my speech temporarily with injections of Botox into my larynx. The theory is that some ALS-related

speech problems are caused by spasticity in the vocal cords and that Botox can control that problem by “freezing” the action part of the cords. This is a temporary fix that, if it works, can help people enunciate words more clearly. It requires a good deal of evaluation up front to see if it might work. Injections are repeated every 3 months or so as long as it’s working (because the effectiveness wears off over time). Botox ultimately stops working altogether when, as ALS progresses, the muscles that control the vocal cords stop working.

The up-front evaluation tests for Botox include visual examination of the muscles affecting my voice, injection of lidocaine into my larynx to mimic the effect of Botox, and a barium swallowing test (to make sure my swallowing, which is also affected by ALS, will not be adversely affect by Botox). The barium test requires standing in profile before an xray machine and swallowing barium-based substances of differing consistencies. While my swallowing is not perfect, it was evidently good enough on the day of the test not to raise serious concerns about the possible impact of botox on my swallowing.

There’s one more up-front evaluation for the Botox thing, and this is a humdinger. It’s called called an EMG (electromyography) of the muscles of my larynx. I had an EMG months ago of my leg and arm muscles, and I hated it. It involved putting needles in my muscles, and running small electrical currents through them to determine how well my 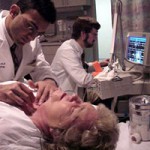 Laryngeal EMG: It feels as bad as this looks

nerves communicate with my muscles. Though no electrical currents are run through the needles for the laryngeal EMG, having needles placed in my throat and moved around to measure nerve conduction was more than little bit uncomfortable. By the time the doctors (there were 5 of them in the room – 2 of whom were in training) placed the needle in my throat for the 4th time, I was done, and told them to stop. I also told them that I wanted just 5 minutes in the same room with whoever invented this damned test.

Before I would even consider the Botox injection that was to follow, I needed to know whether I would need to have another EMG for subsequent injections. The answer was, thankfully, no. By comparison to the EMG, the injection of the Botox seemed almost a non-event. It was briefly painful, but it was over in 5 seconds.

Almost two weeks later, I think I have had some help from Botox with articulating words, but my voice projection is worse, and so is my swallowing. Whether the swallowing problem is from the Botox or the disease, I can’t say. I’m not sure the benefits of Botox are worth the trade off for me. Another choice to make when I see the doctor for follow up.

Can We Do Better?

12 Responses to My Life as A Guinea Pig, aka ALS Patient