Genes Are Not Destiny

If you’ve been following health issues for the last decade or so, you must have noticed that genes are all the rage. Hardly a day goes by that doesn’t carry news of some breakthrough about a gene that is claimed to explain one disease or personality characteristic or another. 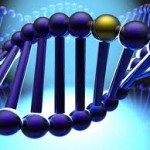 In preparation for writing this post, I did a google search for “gene explains heavy breathing,“ and I found a story. Try it yourself: pick some condition or characteristic that strikes you as in the range of normal, and see if a gene has been found to help explain it. Tell me if you don’t find something.

And keep in mind as you read this post that, if genes are really destiny, then it’s a good thing I didn’t have kids, given my health history.

In the realm of diseases, there is an enormous focus on the genetic “causes” of illness. In breast cancer, 2 genes have been identified as linked to inherited susceptibility to the disease. These genes are cleverly called BR(breast)CA(cancer)1 and 2. 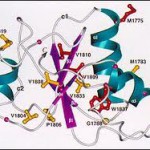 If you have a strong family history of breast and/or ovarian cancer – defined as at least two first degree relatives, especially if they were pre-menopausal at diagnosis — the odds are you carry an inherited mutation on one of these two genes. And if you carry one of these mutations, your risk of getting the disease goes up, sometimes way up.

Notice I didn’t say that the odds are you carry one of the two genes. We humans all have all the same genes. It’s the mutations – the changes in the structure of the genes – that either we inherit or that occur from a lifetime of different exposures to various things – that increase the risk of disease.

Notice, too, that I didn’t say that, even if you have one these mutations you will get the disease. I said your risk increases. I did not say “will get breast cancer,” because even in cases where the risk from the mutation is very high, 15 to 25% of people who inherited the mutation do not get the disease.

So, genes alone are not causing breast cancer, or anything else. Something has to happen to the genes to make them go haywire and trigger disease. And whether your body will respond to whatever that trigger is, no one can say for sure.

Two other things about the “breast cancer genes.”

1)    BRCA 1 and 2 are patented by Myriad Genetics. They’re not the only human genes that are patented, but they are the most famous. Gene patents inhibit research and  limit

the amount of the information available to patients. The breast cancer gene patents are being challenged in a ground-breaking lawsuit led by the ACLU and the Public Patent Foundation. Breast Cancer Action was the first – and, for a long time, the only – breast cancer organization to sign on as a plaintiff in this lawsuit.

Genetic Testing: An Art More Than A Science

As more and more disease-related genes have been found, tests have become available to identify these genes in people. Gene tests are done from blood taken from a simple blood draw. 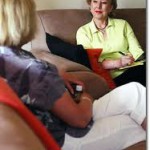 Working with trained genetics counselors is better for patients, and for the health care providers who otherwise find themselves in the uncomfortable position having to explain things they may not be equipped to explain.

Because I had an older sister, Ruth, who died of ALS, neurologists think there has to be some inherited genetic component to my illness. While I always resisted being tested for the breast cancer gene mutations, I decided to be tested in the ALS context. One reason is that the results might help researchers understand more about a disease about which very little is known. The other reason is that I have nieces and nephews of child-bearing age who might want to consider the risk, if I have a mutation, that they might have it, too, and consider that risk as they think about having kids.

But ALS is not breast cancer. First of all, the disease is rare – certainly compared to breast cancer — striking 5600 Americans each year. (For comparison, approximately 260,000

U.S. women are told each year that they have breast cancer.) Of that number, 5% of ALS cases are considered “familial,” with multiple members of the same family having the disease. It’s this 5%– 280 people a year — that is the focus of the genetic research in ALS.

And genetic mutations have indeed been found: SOD1 is the most common and has been the most studied. It is believed to be responsible for as little as 10% and as much as 25% of familial ALS, though how it triggers the disease is not understood. That range (10% to 25%) is a very good indication of how little is known about the genetics of familial ALS.

Other gene mutations associated with familial onset have also been identified. They are

rarer than SOD1 and their “penetrance” (the proportion of people with the mutation who go on to get ALS) is lower than for SOD1.

All of these mutations can be tested for, but together they explain only about 30% of all cases of familial ALS. Which means that 70% of familial cases are unexplained. In other words, a negative gene test in a person whose family has more than one case of ALS is more likely than not to get a negative gene test result. Which is what happened in my case.

Learning Gene Test Results: The Good and the Bad

I learned my test results from a very nice and caring person, a trained nurse and clinical research specialist at the Forbes Norris Center where I’m being seen for ALS. I was a little surprised to learn the results when I did, because I was at the Center for a follow- up visit related to a clinical trial in which I’m participating. Gene test results were not, as far as I knew, on the agenda for that day. And there wasn’t a trained genetics counselor in sight.

The conversation started when the nurse said to me something like, “I don’t recall whether you are someone who wanted to know the gene tests results or not.” That seemed more than a little odd to me, since that information should be in my medical chart, somewhere near the consent form I signed for the genetic test.

When I indicated that I did want to know the results – in order to be helpful to the rest of my family – the nurse said that my results came back classified as “unknown,” meaning that none of the identified genes had been found.

The nurse said that none of the genes had been found. I never heard the word mutation mentioned, though the difference between genes and mutations is a very important distinction. I’m sure the genes were found – we all have them, after all – but that none of the known mutations associated with ALS was found.

What bothered me as much was the discussion about how likely it was that I had a familial form of ALS, despite the results of my gene test. The nurse pretty much insisted that, if I had a sister who had had ALS, there had to be a familial genetic component. This was especially true, from her perspective, because so much of familial ALS cannot be explained by the gene tests that can be done at this time. Of course, if your perspective is genetics, this makes sense because the thinking is “It must be genes, we just haven’t found the right ones yet.”

If your perspective isn’t genetics, the thing to say might be as simple – and as shocking in the medical field – as “We don’t know.”

The limited view held by the nurse fails to take into account how little genes can tell us about our health. My sister and I grew up in the same family, in the same house, exposed to the same things in our common environment at an early age. But it seems no one is looking to see whether those common exposures might explain either her disease or mine.

No one is helped when medical professionals insist we know what we don’t. Thinking 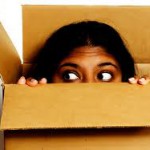 outside the box will never happen if we can’t see that we’re in a box to begin with. If we look only for genes, that’s all we’ll find. If we open our minds to other possibilities, we just might find other explanations.

11 Responses to Genes Are Not Destiny