That’s why they call them “trials”

Given the times we seem to be in, maybe you’re thinking you’re about to read a blog about the trials and tribulations of Donald Trump, who can’t seem to tear himself away from the big bucks of an NBC contract to run for President, or the upcoming trial of Dominique Strauss-Kahn, managing director of the International Monetary Fund, on rape charges, or 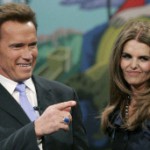 He was as bad a governor as he was a husband

the struggles of Maria Shriver, who turns out to have been married to another male politician who can’t seem to keep his pants zipped.

While those topics are undoubtedly more fun to explore, they are not my subject today. I want to address the serious topic of drug clinical trials, a topic that most people who aren’t doctors – and, tragically, some who are – don’t understand.

What is a drug clinical trial?

Clinical trials are used to advance scientific research into the treatment of illnesses.

A clinical trial is a medical research process used to determine if a drug is (1) safe for humans to take and (2) effective to treat the medical condition that it is intended to address. The drug under investigation – called the treatment — is compared to what is 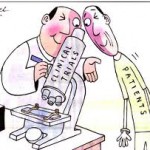 called a “control,” which is either a placebo (a pill or infusion that looks like the drug under investigation, but that has no biological properties) or an existing treatment for the condition, so that researchers can determine whether the drug under investigation is more effective that the alternative to which it’s being compared. The treatment group of patients and the control group of patients have to be balanced in number so that the results of the trial are meaningful.

Drug trials are necessary because, without them, there is no way of knowing whether the treatment drug that is the subject of the trial will work for the patients in the trial.

There are a couple of other features of well-designed trials that are important to try to insure that the outcomes of the trial reflect how the drug being tested works, rather than any sort of bias on the part of those administering the trial. These features are randomization and blindness.

Randomization is the process by which patients in the trial are assigned to receive either the drug under investigation or the control. By assigning to patients at random, 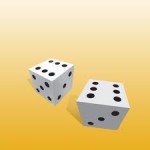 Blindness refers to who knows what about which patients are in which group – the treatment group or the control group. Ideally, drug trials are “double blind,” meaning that neither the researchers nor the patients know which group the patient is in. Double-blind trials keep researchers from making judgments about how patients are doing based on what they are known to be taking. They may also keep patients from deciding to drop out of trials because they didn’t get into the treatment group. (Open-label trials – where both the patients and the researchers know what drug is—have become much more common in breast cancer than double blind trials.)

A drug trial is considered a success if the patients getting the treatment drug do better than patients in the control group by a statistically significant percentage. A successful trial tells nothing about whether the treatment drug actually worked in an individual patient. After all, it’s possible that the patient would have improved without the drug in question. Miracles do sometimes happen in medicine, and not necessarily because doctors make them happen.

Clinical Trials in the Abstract

I know a lot about clinical trials from my work as a breast cancer activist. From that work, I have come to believe that trials should demonstrate that the drug being tested can do at least one of three things before it is marketed to the public:

These ideas about the goals and structures of clinical trials are fine in the abstract. It’s harder when they have very personal implications, either for you or for someone you love. While no promises are ever made to patients entering clinical trials, it’s hard for the patients or the people who love them to not believe at some level that the drug under investigation will improve their lives. People often enter trials believing this, no matter what they are told about the purpose of the trial.

That my friends share this belief was evident when I told them that I was being screened to see if I’m eligible to be in a clinical trial. Many have hoped for me that, if I was eligible for the trial, I would get the drug being investigated, not the control, which in this case is a placebo. That hope seems to convey the belief that the drug will work. Whether it will or not is, in fact, what the trial is intended to test.

I know that participating in a clinical trial means taking a chance that I won’t get the drug under investigation, as well as the chance that that drug won’t work anyway. I know that it’s impossible to know from a clinical trial whether the drug under investigation will help me, even if it shows benefit for a significant percentage of people in the trial.

At the same time, I know there is only one approved treatment for ALS, the disease I have. At best, that treatment delays progression. Better treatments are needed: ones that will extend patients lives or improve the quality of the lives they live with this devastating illness. I know that only through clinical trials can better drugs be found, and I hope that this trial – and other trials –will advance the knowledge of what does and doesn’t work to treat ALS.

And I’ll also keep in mind, as I enter the trial that placebos also work sometimes.

17 Responses to That’s why they call them “trials”