The Obligation of Privilege

I am a person of privilege. I am well-educated, I know how to get the things I need, and I have the resources at my disposal to get them, usually. Privilege means having access and knowing you have it.

Being a person of privilege doesn’t keep people from getting sick – at least, not always – but it can sure help deal with the consequences of being ill.

For me, the obligation of privilege is to pay it forward: to do all I can to make sure that the benefits that I get are available to others in need, and to articulate my advantages in ways that make it clear that they reflect injustices that we as a society must address.

My topic this week is about privilege in health care. But I think you can see from the analysis below that privilege is a reality in all aspects of our lives, and needs to be addressed in all of them.

Privilege in the Politics of Health Care

I think most Republicans are, like me, people of privilege, On big difference between me and them is that they seem mostly — at least as far as this survey reveals – to think that their privilege doesn’t carry with it any obligations.

Stories of Privilege in Cancer

My story: When I was diagnosed with breast cancer, the word spread pretty fast among my community of friends. My friend Carol called to suggest I see a certain surgeon. I had already called that surgeon’s office, but he was booked for many weeks into the future. So, imagine my surprise when I got a call from my partner Susie saying that I had an appointment with that surgeon for six o’clock that very evening.

When I inquired later about how that appointment had miraculously appeared, I learned that Carol had a friend – Muffie — who was one of our city’s great movers and shakers. (Muffie tragically died of brain cancer last year at the age of 59). Muffie called the surgeon’s academic boss at the University of California San Francisco. She told UCSF emphatically that I needed to see the surgeon, and that they had better pay attention because I was the lawyer for the Speaker of the California Assembly, which had a lot to say about funding for the university.

I was, of course, deeply grateful for the effort that my friends had made on my behalf, at that same time that I was intensely aware that this is not the way the world should work. People who need to see doctors should be able to see them without the intervention of powerful friends.

I never forgot the kind of care and support I got when I had breast cancer, and used every opportunity given to me as I led Breast Cancer Action to articulate the need for everyone to have that kind of care. 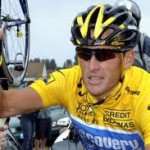 Lance Armstrong’s Story: Everyone knows this story, I think. Lance Armstrong was diagnosed with late-stage testicular cancer. Through the miracle of modern medicine and the strength of his incredibly athletic body, he recovered from cancer, and went on to win the Tour de France.

But have you ever heard Lance say one word about all the access he had to the best care, thanks in no small part to who he is and the resources he had? I have always wondered why Armstrong has never used his considerable influence to advance the needs of all cancer patients to get the kind of care he got. Though I have seen lots of ads of Armstrong promoting drugs made by Bristol-Myers-Squibb, the company that made his very expensive cancer drugs.

Jerri Nielsen FitzGerald’s Story: Jerri Nielsen wasn’t as famous as Lance Armstrong, but she had her moment in the sun. She’s the doctor who, in 1999, stuck on the South Pole where she was working, did a biopsy on herself, and then had chemotherapy drugs airlifted to the South Pole. Later, she was airlifted out of the South Pole. Both the drug drop and the airlift out of the South Pole were enormously expensive. Dr. Nielsen was very grateful. She wrote a book about her experience, called “Ice Bound: A Doctor’s Incredible Battle for Survival at the South Pole.” (Later turned into a movie starring Susan Sarandon.) And, until her death from breast cancer at the early age of 57, she traveled the world as a motivational speaker.

But she never talk about the resources used to help her, or how we might allocate resources to make sure everyone has the care they needed.

A Story of Privilege in ALS

As readers of this blog know, I have ALS, an insidious, pernicious and unrelenting disease that is already making it hard for me to walk, and will one day put me in a wheelchair. In order to stay in our 3-story home of 36 years once I am unable to walk, we will have to install an elevator. One aspect of privilege is that we have the financial resources to cover the cost of this change. Another is more subtle, and that has to do with getting permission from the city planning authorities to make this addition.

Putting in an elevator means changes to the footprint of our house to accommodate the machine plus the room we will need for a caretaker. Changing the footprint of the house means we need permission to do something the zoning code says we can’t do. This is called a variance. In San Francisco, you have to apply to the city for a variance, and there is a somewhat involved process for getting your application heard and approved. 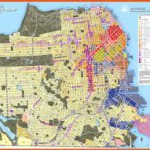 We were told by many people that this process could take months, and we don’t have months, given the progressive nature of my illness. But, as privileged people do, we have friends.  Some of our friends are people who understand the approval process and how to move it forward. So, thanks to these friends and the responsiveness of city employees to our situation, our application for a variance moved forward with what we hear is record speed.

We are, of course, deeply grateful for the help we are getting from all quarters as we work to stay in our home, but we are intensely aware that there must be others similarly situated who do not have the access we do to get what they need. We know we are no more deserving than these people, and that the system needs to pay attention to their needs when they arise.

So, once our construction is well underway, we will work with San Francisco city officials to make sure that the process for applying for a variance when disability is the cause is clear and understandable to everyone who needs it. That’s our obligation as people of privilege.

14 Responses to The Obligation of Privilege