ALS clinical trials are usually quite narrow. They test one device or drug only, and exclude 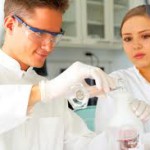 people who are already participating in another trial. They are often limited to people who are within two years of their diagnosis. This works great for the drug companies who want to prove that their drug works. But, like placebo-controlled trials when the disease has no effective treatments and is always fatal, this approach is not in the best interest of patients. I believe this can be changed.

I am currently in a trial of an ALS drug called dexpramipexole (dex). I also am interested in getting a diaphragm pacer to help 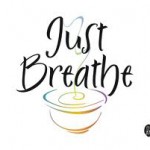 Sometimes we need a little help to do this.

me preserve my ability to breathe. (How basic is that?) Biogen Idec, the company that is running the drug trial, says it will drop me from the trial if I get a diaphragm pacer. I wouldn’t mind being dropped from the trial — which I’ve been since May, 2011 — except that it would result in my losing the chance to get the drug if I’m on the placebo. If I’m out of the trial, I will have to wait until the drug is approved by the FDA, which could be many months away. I don’t have that kind of time at my disposal.

I’ve been told that the drug trial will go to “open label” sometime this September. That means that people in the trial who have been on placebo (and no one in the trial knows whether they have been or not, nor do their doctors — it’s a “double blind” trial) will be

able to get the drug while the trial continues. Since today is July 20, it seems likely that even under the best of circumstances, I would get the diaphragm pacer less than a month before the open label period starts. Under the company’s rules, that’s “too soon” for Biogen Idec. I find it impossible to believe that this month is as important to them as it is to me.

I sent the following letter to the CEO of Biogen Idec. I haven’t heard back yet. If you think this matters, and you would like to do something to change how ALS research is done,

please send a note to Dr. Scangos. His email address is gscangos@biogenidec.com

Please send me a copy of your note, and let all readers of this blog know if you get an answer by posting it here.

If we can change this practice, it will tell us the power of ALS patients to influence the direction and structure of other research.

RE: Continued participation in the dexpramipexole trial

I am 60 year old woman with bulbar-onset ALS, diagnosed in November, 2010. I am enrolled in the dexpramipexole trial through the Forbes Norris Clinic in San Francisco. I have been in the trial since May 31, 2011, and have complied with the follow-up appointment schedule, which, as you know,  is quite demanding for people with ALS.

I understand that sometime in September the trial will become open label, and all those currently in the trial who are on placebo will be able to get the drug. I hope, as you do, that the trial is a huge success, not just for me, but for everyone else with this devastating disease.

Like others with ALS, I explore many options to try to maintain my health as long as possible. I have decided that one way to do that is get a diaphragm pacer. I am eligible for the device, and am awaiting Medicare approval.

If the diaphragm pacer makes no difference to the trial’s outcome in September, I fail to see the rationale for excluding patients who get the pacer now or in the near future. Why would you want to discourage ALS patients from doing everything they possibly can to lead productive lives as long as possible? Isn’t that your company’s objective with the trial?

In my life before ALS, I was a breast cancer activist. What I learned in that role is that things change because patients demand change. I’m asking you to do the right thing: allow me and others who get a diaphragm pacer in the next few months to remain in the trial.

I look forward to your positive response.