What Ever Happened to Previews of Coming Attractions in Health?

Anybody who knows about ALS knows where those of us with the disease end up. But there are steps along the way that can be anticipated, and, if anticipated, dealt with to 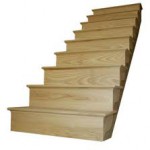 minimize discomfort. As I thought about my own situation recently, I realized that there are lots of ways the medical profession could help people if they would just communicate about what’s coming.

And I don’t mean doctors saying what they think will happen up, as doctors sometimes do. We all know, don’t we, that doctors are 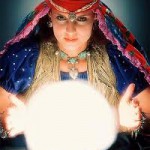 just people with particular training that doesn’t include training in clairvoyance?

But there are things medical people actually know that it would be helpful if they communicated. Here are are a few examples of how that might work. All are taken from my own experience or the experience of friends.

What Happens to Your Feet When You Can’t Walk So Much?

A couple of weeks ago, my feet started swelling up. When the swelling didn’t go away, I emailed the terrific nurse at the Forbes Norris Clinic, where I’m seen for ALS, and asked what might explain it. The answer was: dependent edema, when fluid builds up in appendages that are mostly idle. It’s like being on  a 25-hour airplane ride. So, as ALS 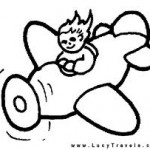 The fun way to get edema

progresses in the legs, making it harder to walk, ALS patients like me walk less, and their feet swell.

While I was distressed by the symptom, I was more unhappy that no one had told me that it might occur, or what could be done either to prevent it or make it go away. Turns out that a pretty straight forward lymphatic massage that my yoga instructor/Thai masseuse suggested is really quite helpful for reducing the swelling. And the clinic nurse knew about feet and ankle exercises to reduce the risk of swelling.

If we know that dependent edema happens, and we know it happens in people who stop walking much, and we know that people with ALS stop walking much, why don’t we tell them that it might happen and give them the tools to minimize it and treat it if it does occur? The medical profession should not make the patients come to them complaining about things that can be anticipated. We have enough on our hands.

When Is It Useful For People With ALS to Record Their Voices?

People with ALS lose the ability to talk because the muscles that control speech stop working. Sometimes this is how ALS first manifests. It’s called bulbar onset.

Fortunately, some speech pathologists devote their lives to helping ALS patients. They know a lot of things. One thing they seem to know is that there are ways to record your 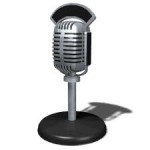 voice while you still have it so that the sounds can be used in text-to-speech programs that exist.

Of course, this is only possible while a patient can still talk reasonably well. By the time I was told about this option, I wasn’t one of them. Information that might have been very helpful if given in a timely manner.

How Long Does It Take to Recover From Abdominal Surgery?

Abdominal surgery isn’t rare; a lot of it is done every year. As a result, there’s a lot of experience that can tell us how long, on average, patients take to recover from the surgery to the point where they feel like their normal selves. So why don’t surgeons tell patients how long it will be?

A friend of mine recently had emergency abdominal surgery for an intestinal adhesion. Very scary. After the surgery, her surgeon told her that she could go back to work in a few weeks, and said not one word about how long her recovery time would be. The medical excuse her to explain her absence from work was only good for those few weeks.

If a doctor tells you that you can go back to work two weeks after surgery, isn’t it rational to expect that time frame to bear some relationship to recovery time from the surgery? In fact, it was nearly 6 weeks before my friend began to feel recovered. Is it that the doctor didn’t know, or that he just wasn’t telling? Either answer is simply unacceptable.

Does a Double Mastectomy Reduce Your Risk of Breast Cancer to Zero?

We know the answer to this one, and it’s “no.” Because we have much more breast tissue than mastectomies can remove, there remains a small but measurable risk of breast cancer even after the surgery.

I heard recently about a woman who asked her oncologist this question, clearly hoping that the answer was yes. Indeed, that’s the answer the doctor gave. I know this oncologist and I know he knows that his answer was wrong. Whom did he think he was protecting? Why is the truth so hard to tell? 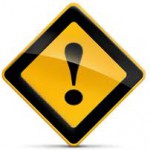 anticipated. In the legal system, there’s a duty to warn people who might reasonably come in contact with dangerous products or conditions that those dangers exist. Doesn’t the medical community have the same duty? Shouldn’t it?

5 Responses to What Ever Happened to Previews of Coming Attractions in Health?