Tikkun olam is a Hebrew phrase that means “repair and restoration of the world.” This is an obligation that many modern day Jews, myself included, take quite seriously. The world is broken. Who but human beings can restore it to wholeness?

Without naming this concept, I alluded to tikkun olam in a previous blog post about breast cancer as a social justice issue.

I know it’s very hard to be entirely consistent and to think about how everything we do is connected to and reflects everything we believe, but I also think we all should try to do it. I think that making the effort helps to restore the world. As Rabbi Tarfon is reported to

No one knows if this is how Rabbi Tarfon looked

have said, “It is not incumbent upon you to complete the work, but neither are you at liberty to desist from it.”

So where does corporate behavior fit in the tikkun olam directive? It could, of course, be argued that corporations are not obligated to repair the world. But since both the US Supreme Court and the likely Republican nominee for President, Mitt Romney, think corporations are people, I want to make the 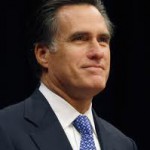 But this is Romney

argument here that corporations, too, have an obligation to repair the world. After all, it is people who make the decisions about how corporations behave, so it’s not unreasonable to call on those people to make their corporate decisions consistent with social responsibility.

Let’s consider Lev Leviev, the guy whose “generosity” is the focus of that previous blog. Mr. Leviev’s companies are engaged in practices that, by almost any measure I can think of, do the opposite of healing the world. At the same time, his foundation gives large amounts of money to the Breast Cancer Research Foundation. If Mr. Leviev were truly interested in healing the world, he would make his corporate

practices consistent with his charitable giving. His diamond companies would not engage in human rights abuses of their African workers, for example. (For more on Leviev and the kinds of things his philanthropy supports — some of it anti-abortion and anti-gay — see www.nytimes.com/2007/09/16/magazine/16Leviev-t.html.)

Is it possible for corporations to make money and at the same time repair the world? Sure. Companies that make products that actually help people who are sick or disabled make money. If they make their products in a way that doesn’t

— undermine their workers’ health or safety or economic well-being, or

— harm the communities in which they are based,

and if they guarantee that their products are available to everyone who needs them at an affordable price, I would argue that they are healing the world.

There are some businesses practices that should never be allowed — exploiting child workers, sex trade, violating clean air or clean water regulations, defrauding others, just to name a few examples. Engaging in them, no matter what your business is, would, in my view, be inconsistent with tikkun olam.

Some of the harder questions have to do with corporations engaged in producing things that are arguably not good for society, though we will never all agree on what they are. I would put guns in that category, but others wouldn’t. Some people would put the exploitation of fossil fuels in that category; others would not. So how you might see this issue will depend a lot on where you stand on socio-political issues.

But let’s go back to Lev Leviev. Whatever you think about diamond exploitation, treating your workers in a way inconsistent with basic human rights cannot be anything but inconsistent with tikkun olam. And making a big donation to a breast cancer organization doesn’t make the abuse of human rights forgivable. I think tikkun olam requires Mr. Leviev to correct his company’s human rights behavior. There are no short cuts here.

Walmart’s Reputation on the Line

Another example that has come to my attention lately has to do with Walmart. You know this company. It’s huge. It sells things cheaply. It doesn’t treat its workers or suppliers very well at all, and the company’s location decisions often devastate local economies. 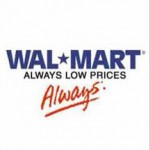 If you have managed somehow to miss all the bad news about Walmart, a few hours of media will catch you up. I particularly recommended two reports: a documentary made about the impact of the company’s store location practices called ” Walmart: The High Cost of Low Price” (http://www.walmartmovie.com/) and one of the films from a Frontline series called “Is Walmart Good for America?” about how Walmart pressures it’s suppliers, entitled “Muscling Manufacturers” (http://www.pbs.org/wgbh/pages/frontline/shows/walmart/view/).

Walmart knows its reputation for social responsibility is not very good. Rather than change their behavior to improve their practices — and their reputation — the Walmart Foundation tries to buy peace. The company previously tried an environmental ploy by promising to buy land to restore wetlands. Now Walmart is trying to prove that it cares about women’s economic security by funding women’s foundations to do economic empowerment work. I’m sure the money is tempting, but women’s foundations should no more let Walmart use them to look good than the Breast Cancer Research Foundation should give cover to Leviev’s corporate behavior.

Whether it’s Walmart or Leviev or any other person or company, the short cuts to tikkun olam don’t work. If corporations want to behave as if repairing the world matters, they should conform their actions to advance that goal. They shouldn’t be allowed to buy peace. And they can’t buy the restoration of the world.

I go back to Rabbi Tarfon, who said, “The day short, the labor vast, the toilers idle, the reward great, and the Master of the House is insistent.” If we’re going to repair the world, we all — individuals and corporations — will have to be a little — or a lot — more consistent. Whether we’re trying to please ourselves, our communities, or God, the demands of tikkun olam point in only one direction.

Thanks to Rabbi Margaret Holub for her help advancing my thinking on tikkun olam.