Walk for Your Health, But It Won’t Help Anyone Else’s, Much

A Little History on the “Walk for [Disease]” Thing

Back in 2000, I wrote a column for what was called then simply The Breast Cancer Action 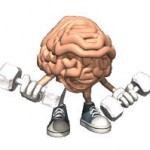 Newsletter entitled “Exercise Your Mind.” It was a critical look at what was then the Avon 3-Day Walk for Breast Cancer:  how the money is raised, who gets to participate and who doesn’t, the administrative costs of making the walks happen, and the lack of transparency about where the money raised for the cause actually ends up.

It is now more than a decade later and the criticism has been taken up by others: Samantha King wrote a book about it called Pink Ribbons, Inc: Breast Cancer and the Politics of Philanthropy, and a June 18, 2011 op-ed in the New York Times by Ted Gup was entitled “The Weirdness of Walking to Raise Money.” Yet the phenomenon of walking to raise money to cure diseases persists and grows.

Breast cancer is by far the biggest beneficiary of fundraising walks: big ones are sponsored in multiple cities by the Susan G. Komen for the Cure Foundation (which took over the 3-day walk from Avon), The Avon Foundation (philanthropic arm of the cosmetics company, which now hosts a 2-day walk), The Revlon Foundation, and the American Cancer Society, to name a few. With all the walks going on, and all the money being raised with the promise of curing breast cancer, shouldn’t breast cancer be cured by now? (If you think it has been, check with the folks at Metastatic Breast Cancer Network for more realistic view.)

All these walks have things in common: 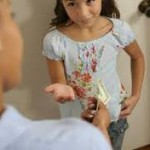 –high administrative overhead, which means that of every dollar you give to support a walker, considerably less than a dollar goes to the cause you think you’re supporting

–decisions made by the walk organizers, not the walkers, about where the money raised

will be donated, which is often to places far from the community where the funds are raised

From Overdone to Ridiculous

The walk thing has now gone far beyond breast cancer. You can walk “for” (who is “for” diseases? Can we have a show of hands?) diabetes, birth defects, Alzheimer’s Disease, mental illness, epilepsy, hunger, and farm animals. The list goes on and on. You can even walk against abortion.

In what I think is the ultimate sad irony, there is a walk for ALS. You know, that disease that robs people like me who have it of the ability to walk.

Walk to Make a Real Difference

I still believe – and more so – what I thought in 2000 when I wrote that column for the BCA newsletter. Walk if you want to – it’s good for your health. 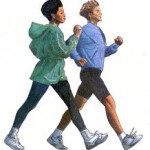 If you want to be sure your walking truly benefits people who are ill, walk to the nearest organization doing work you admire on the issue and lend a hand. You can even hand them a check if you’re so inspired.

20 Responses to Walk for Your Health, But It Won’t Help Anyone Else’s, Much